“The Iran nuclear deal, which was the Obama administration’s signature foreign policy achievement, really was kind of all smoke and mirrors," McFarland told "America's Newsroom." "There was never anything to it. It didn’t stop Iran’s nuclear program, it delayed it a few years."

McFarland added that rather than “stopping” Iran’s “terrorism program,” the agreement “endorsed and supported it.”

“Where are we going to be now?" she asked rhetoricall. "Let’s say the Biden administration comes in and, as they promised, they want to revitalize it, revive it, get back into it, and, so, what will happen is Iran will continue its nuclear program.”

KILLING OF IRANIAN NUCLEAR SCIENTIST HAS REGION, WORLD LEADERS ON EDGE OVER POTENTIAL RETALIATION FROM IRAN

Meanwhile, top Iranian scientist Mohsen Fakhrizadeh was laid to rest Monday, days after he was killed in a daytime military-like ambush in Tehran.

Officials in Tehran were quick to blame the killing – said to have been caused by "electronic devices" – on Israel, with President Hassan Rouhani proclaiming that "this brutal assassination shows that our enemies are passing through anxious weeks, weeks that they feel their pressure era is coming to an end and the global conditions are changing."

Rouhani vowed that Tehran would retaliate "at the right time." 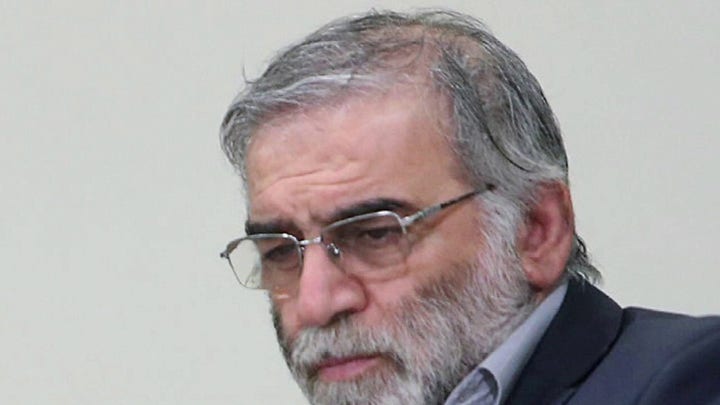 "So other countries in the region -- like Saudi Arabia has already announced it -- they’ll say, 'Well, if Iran is getting a nuclear weapon, the Biden administration is not going to do anything about it, we better hedge our bets, we’ll create a nuclear weapons program of our own.' So then, within a short period of time, you'll have an arms race in the Middle East.

"But this time, it’ll be a nuclear arms race, and this region ... it’s so explosive, these guys shouldn’t even be allowed to play with matches, much less have nuclear weapons," McFarland concluded.