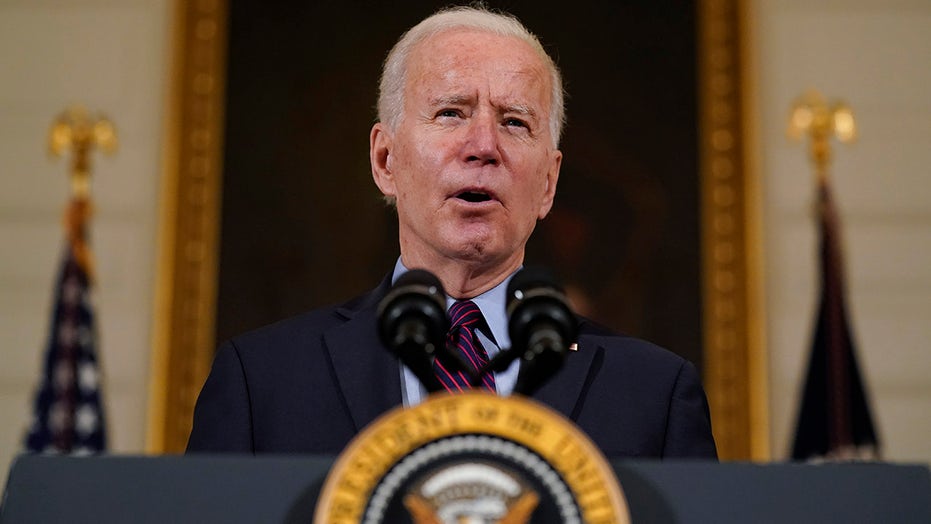 President Biden said Tuesday he does not have any plans to travel to the southern border "at the moment," amid a migrant surge in migrants and overwhelmed facilities.

A group of GOP lawmakers traveled to the southwest border on Monday, and two other groups are set to travel there this month. House Minority Leader Kevin McCarthy, speaking in McAllen, Texas, urged the president to travel to the border himself.

"He needs to come to this border, look what has happened, at what he's created, and change it," McCarthy told Fox News correspondent Griff Jenkins.

"It's worse than a crisis. I thought I would see a crisis, but this is really a human heartbreak," he said.

McCarthy led a group of 13 House Republicans on their trip Monday. The surge at the border includes a considerable rise in unaccompanied migrants, some of whom McCarthy met with during his trip.

"We have our brand-new facility to care for these children and they built it beyond capacity, thinking they would never reach it. Today, they just set the anniversary that they broke capacity, more than 1,040 children, and it's only growing every day. What that means is 120 of these border agents, that are doing an extraordinary job in unbelievable times, can't be on the border protecting us," the California Republican said.

Republicans have laid blame on Biden for the surge after he rolled back a number of Trump-era immigration restrictions he deemed inhumane, including ending the "Remain-in-Mexico" policy and reinstating "catch-and-release." Biden’s immigration agenda includes a pathway to citizenship for 11 million undocumented immigrants.

Department of Homeland Security Secretary Alejandro Mayorkas on Tuesday described the border situation as "difficult," but just as the White House has, refrained from calling it a crisis.

Customs and Border Protection (CBP) announced that it had encountered more than 100,000 migrants at the border in February, while numbers of child migrants in custody have also increased dramatically. The Biden administration has been moving to increase capacity of facilities to house migrants, and building a number of extra facilities — including looking at NASA sites and military bases.

On Saturday, Mayorkas announced he had directed the Federal Emergency Management Agency (FEMA) to support a "government-wide effort" to house child migrants.

On Tuesday, Mayorkas said the U.S. has not seen these kinds of numbers in decades.

"We are on pace to encounter more individuals on the southwest border than we have in the last 20 years," he said, although he later added that the situation is "not new" and noted the U.S. has faced border spikes before.