President-elect Joe Biden will begin to receive the President's Daily Brief and has been in contact with every federal agency, just a day after the General Services Administration formally ascertained him as the winner of the 2020 presidential election, Fox News has learned.

A transition official told Fox News that the Biden transition team has now made contact with every federal agency, as his transition is now formally underway.

The White House also gave the green light Tuesday afternoon for Biden to begin receiving the President's Daily Brief (PDB), two administration officials told Fox News. It is unclear, at this point, when Biden will receive his first PDB.

Biden, on Tuesday, said the PDB has "been offered," but that he "did not have it today."

Late Monday, GSA chief Emily Murphy informed Biden that her agency has formally ascertained him as the apparent winner of the 2020 presidential election and would move ahead with transition proceedings, ending a weeks-long standoff in which the Biden transition team accused the GSA of withholding critical transition resources needed for a smooth transfer of power.

Soon after, President Trump thanked Murphy for her handling of the ascertainment process, while pledging to continue his legal challenge of the election results.

“I want to thank Emily Murphy at GSA for her steadfast dedication and loyalty to our Country,” Trump wrote on Twitter. “She has been harassed, threatened, and abused – and I do not want to see this happen to her, her family, or employees of GSA. Our case STRONGLY continues, we will keep up the good fight, and I believe we will prevail!”

“Nevertheless, in the best interest of our Country, I am recommending that Emily and her team do what needs to be done with regard to initial protocols, and have told my team to do the same,” Trump added.

Sources told Fox News that Murphy's letter, and the president’s follow-up tweet were things that had been "culminating," but were pushed along after the Trump campaign's Pennsylvania lawsuit was tossed out by a judge over the weekend, and after Michigan's certification of Biden as the winner in the key battleground state on Monday afternoon.

White House chief of staff Mark Meadows was one of the driving forces behind President Trump's decision to allow the presidential transition to begin, two sources familiar with their discussions told Fox News.

Trump, Tuesday morning, though, tweeted: “Remember, the GSA has been terrific, and Emily Murphy has done a great job, but the GSA does not determine who the next President of the United States will be.”

The GSA and Murphy have faced intense bipartisan criticism in recent weeks over the decision to hold off on recognizing Biden as president-elect. The Biden transition team had threatened legal action, accusing the GSA of threatening national security and hampering preparations to combat the coronavirus pandemic by failing to provide support for the incoming administration. 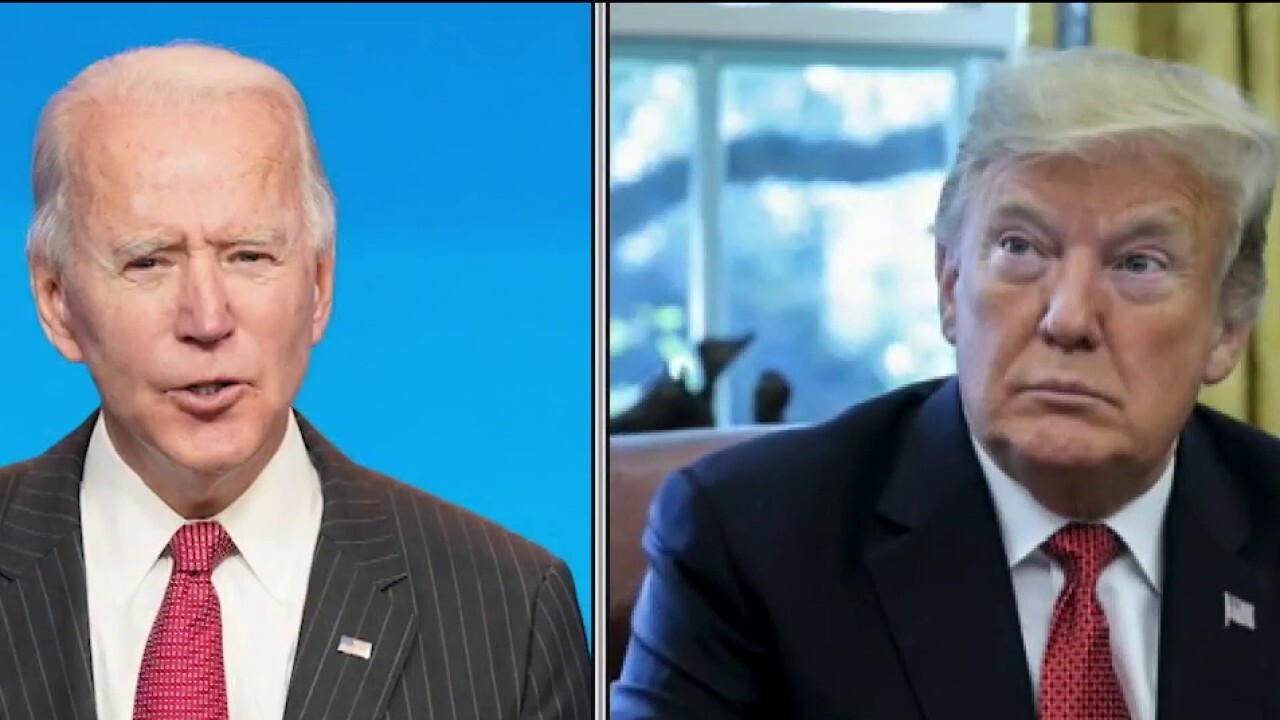 Murphy said her decision was based on “recent developments involving legal challenges and certifications of election results.” Earlier Monday, Michigan voted to certify its election results and the Pennsylvania Supreme Court threw out a Trump campaign challenge that sought to invalidate thousands of absentee ballots in Allegheny County.

The Biden-Harris transition team said the GSA's move to ascertain Biden as president-elect would provide "the incoming administration with the resources and support necessary to carry out a smooth and peaceful transfer of power."

"This final decision is a definitive administrative action to formally begin the transition process with federal agencies," the Biden-Harris team said in a statement. "In the days ahead, transition officials will begin meeting with federal officials to discuss the pandemic response, have a full accounting of our national security interests, and gain complete understanding of the Trump administration's efforts to hollow out government agencies."

Meanwhile, Biden has already announced nominations for key Cabinet posts, including Antony Blinken as secretary of state, Alejandro Mayorkas as secretary of homeland security, and Avril Haines to serve as the first woman to lead the intelligence community, among other positions.