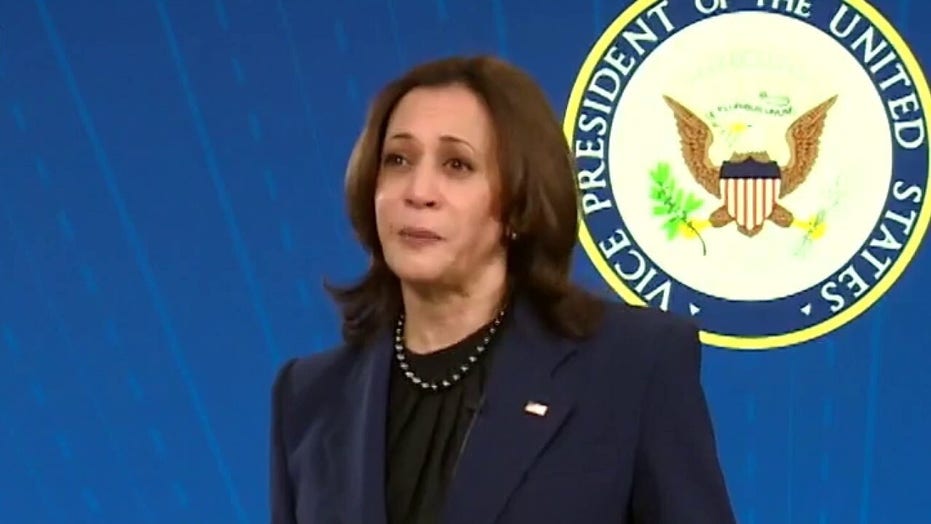 'Gutfeld!' panel reacts to vice president being accused of having a 'toxic' work environment

President Biden touted Vice President Kamala Harris’ leadership addressing the immigration crisis Friday, after weeks of criticism from Republicans and amid reports of infighting in the West Wing.

In a naturalization ceremony, Biden welcomed a group of new citizens and applauded Harris’ role in tackling the U.S. immigration system.

"With Vice President Harris's leadership, we're getting to the root causes of why people are migrating for our southern border from Guatemala, Honduras and El Salvador," the president said.

After months of GOP attacks amid record numbers of illegal migrant crossings, Harris made the 2,000-mile journey to El Paso, Texas last week.

But according to a report by Politico Friday, the journey came as a surprise to the vice president’s staffers and left people scrambling to accommodate.

Similarly, Axios reported that fellow Democrats are concerned about Harris’ "political tone-deafness" and fear she could not beat a GOP candidate if she were to take Biden’s place and run for the presidency in 2024.

After being tasked by Biden earlier this year with addressing the "root causes" of mass migration into the United States, Republicans condemned her months-long failure to actually go to the border.

Harris’ office repeatedly told reporters in answer to why she had yet to visit the southern border that the vice president was tasked with "diplomatic" efforts.

Her chief spokesperson Symone Sanders even told reporters in March that "the Vice President is not doing the border."

Republicans said she should at least see what is going on since she is working to stem migration.

Customs and Border Protection have reported a whopping 930,000 illegal immigrant encounters at the southern border since January – over 180,000 of which came in May alone.

The figure is expected to exceed well over 1 million illegal border crossings once June encounters have been released.

"We're going to build a back better," Biden said during the Friday naturalization ceremony. "If we're going to do that, we need to fix our immigration system and fully tap the talent and dynamism in our nation."