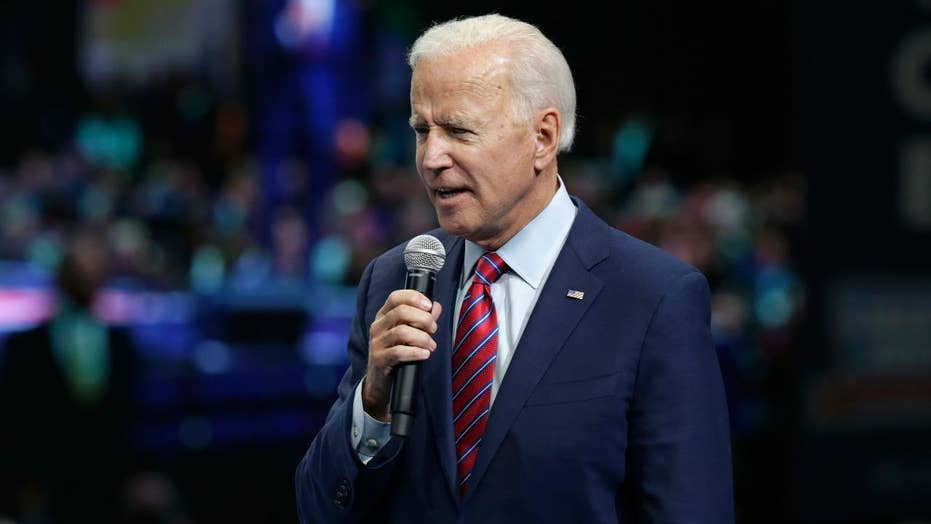 If you follow the national polls, former Vice President Joe Biden has re-established himself as the clear front-runner in the race for the Democratic presidential nomination.

But the battle for the nomination is far from a national contest – it’s a race for the states and their presidential convention delegates. And in Iowa and New Hampshire – the first two states to vote in the nominating calendar – polls indicate a very different story.

In Iowa, Sen. Elizabeth Warren of Massachusetts enjoys a slight edge, with Biden and Sen. Bernie Sanders of Vermont battling for second place with South Bend, Indiana Mayor Pete Buttigieg, who’s seen his poll numbers soar in recent weeks. The average of recent surveys from RealClearPolitics even shows Buttigieg narrowly holding the No. 2 slot, over Biden.

And in New Hampshire, Warren enjoys the edge over Biden and Sanders, with Buttigieg in fourth place, according to the RCP average.

In both states, Biden’s seen his numbers tumble since the summer.

“National polls always lag behind what is happening in the early states and that Biden is slipping and Warren is rising,” said Neil Levesque, a longtime veteran of presidential primary politics.

For their part, the Biden campaign is downplaying expectations in Iowa.

“I think we’re the only ones who don’t have to win Iowa, honestly,” campaign manager Greg Schultz told The Wall Street Journal, citing their "broad and diverse coalition."

Biden was the unrivaled national front-runner since even before he formally launched his campaign in late April. And the former vice president’s enjoyed a lead in most recent national polling – including three live operators surveys released Sunday.

“The reality is that Biden -- having very high name ID -- does well in the national polls,” explained veteran GOP pollster and strategist Ed Goeas.

With three months to go until the nominating calendar kicks off, Biden stands at 31 percent in a new Fox News Poll, with Warren at 21 percent, Sanders 19 percent, and Buttigieg at 7 percent. Everyone else in the large field of Democratic White House contenders registered from 3 percent to zero.

The latest RealClearPolitics average of national polling suggests Biden regaining a lead over Warren that had all but dissipated last month.

But Ray Buckley, the longtime chair of the New Hampshire Democratic Party, discounts the national polls.

“For the life of me, I cannot understand the purpose of doing national polls when it comes to the nominating process because it has no relevance to reality,” Buckley said.

Parachute into New Hampshire or Iowa and you’ll see a very different story than what’s being captured by the national polls.

Warren and Buttigieg flexed their organizational muscles this past weekend at the Iowa Democratic Party’s annual Liberty and Justice gathering. The two candidates brought the most supporters and grabbed the loudest cheers at the event, the biggest night of the year for Iowa Democrats.

Warren stands at 22 percent in the latest poll in the Hawkeye State – from the New York Times and Siena College. Sanders was 3 percentage points back, at 19 percent, with Buttigieg surging to 18 percent and Biden at 17 percent.

On Friday, Buttigieg made headlines by telling Showtime’s ‘The Circus’ the primary battle would winnow to “a two-way” race between himself and Warren, the populist senator who’s released one progressive policy proposal after another. The 37-year-old contender’s dismissive attitude toward Biden and Sanders sparked a minor controversy.

But the next day, the candidate appeared to backpedal, telling reporters he didn’t think his remarks “came out right.

While Warren has the slight edge in Iowa, there’s no clear front-runner. It’s a similar story in New Hampshire, where no one candidate enjoys an outright lead.

The most recent poll, from the University of New Hampshire and CNN, indicates Sanders with a 21-18 percent advantage over Warren. Both candidates hail from neighboring states, are very well known in the Granite State, and have built up strong organizations in the first-in-the-nation primary state. And expectations are high for both candidates – especially Sanders – who trounced eventual nominee Hillary Clinton in New Hampshire’s 2016 Democratic presidential primary.

Biden stands at 15 percent in the poll, with Buttigieg in fourth at 10 percent.

This cycle is far from the first to indicate national polls out of sync with early-voting state surveys.

Early state voters are traditionally more plugged into the primary battle, often witnessing the race up close and in person. And that’s reflected real-time in early state polling.

"People are still shopping. I’m not surprised to see so many undecideds in New Hampshire," noted Terry Shumaker, a former ambassador, attorney and primary veteran who’s a longtime Biden friend and a top surrogate for the ex-vice president in the Granite State this cycle.

According to the survey, only 23 percent of likely Democratic presidential primary voters in New Hampshire have definitely made up their minds on whom they’ll support in the February contest. And in campaign politics, three months is an eternity.

“The reality is that this race is very fluid,” Buckley said. “I don't think that any of these campaigns are counting on what those polls are showing."