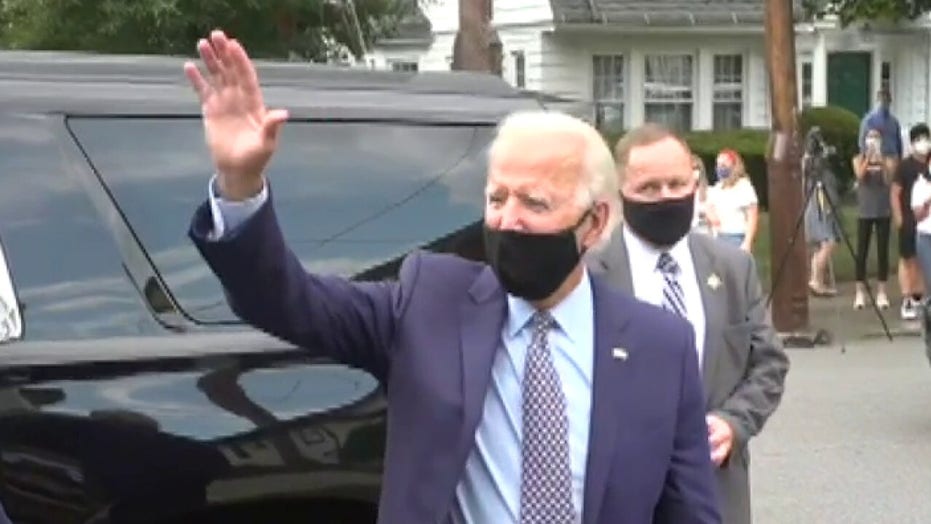 Biden pauses for photos outside of his childhood home in Pennsylvania

Joe Biden pointedly refused to take questions from the media during a brief visit to his old home in Scranton, Pa., on Thursday, even though he had no issue exchanging pleasantries with a smattering of locals who gathered around.

Biden, who rarely hosts news conferences and largely sticks to friendly audiences in virtual events and televised interviews, was in town to announce new economic initiatives.

After Biden asked one resident, "Who's that beautiful baby? How old?" and "How are you?," Fox News' Peter Doocy tried to pose an inquiry of his own.

"No, no," Biden responded. "I just came to see Anne. Next time hopefully without a mask, ok?"

Ann Kearns purchased the Biden family home on North Washington Avenue in 1961 and describes herself as a fan of Biden.

The Trump campaign hit back. "You'd think Joe Biden would be eager to defend his economic record, but as with most things, he knows his record is indefensible. He oversaw the slowest economic recovery since the Great Depression, with depressed wages and stagnant job growth. He backed disastrous trade deals that cost Americans millions of jobs. Now he says he'll raise taxes and impose the job-killing regulations of the Green New Deal. He's one disaster after another. No wonder he won't take questions," Trump 2020 campaign Communications Director Tim Murtaugh responded.

In those interviews, Biden insisted that "fracking is not going to be on the chopping block" (Biden has previously vowed to ban all new fracking permits) and that he wouldn't fully defund the police. Instead, Biden siad he would call "for significant, different changes in police conduct."

At his earlier policy address, Biden proposed spending $700 billion on American products and research -- in the hopes of bringing back millions of jobs lost in an economy flattened by the coronavirus pandemic.

The former vice president unveiled his populist plan during a speech at a metal works factory in Dunmore, Pa., just minutes from his childhood home. He also took a clear shot at the president.

“Growing up rich and looking down on people is a bit different than how I grew up here," he remarked.

Biden's proposal, called the “Build Back Better” plan, also seeks to create 5 million new jobs and is the first of four economic proposals Biden is expected to roll out over the coming weeks.

"Let’s use this opportunity to take bold investments in American industry and innovation, so the future is made in America, all in America," Biden emphasized. 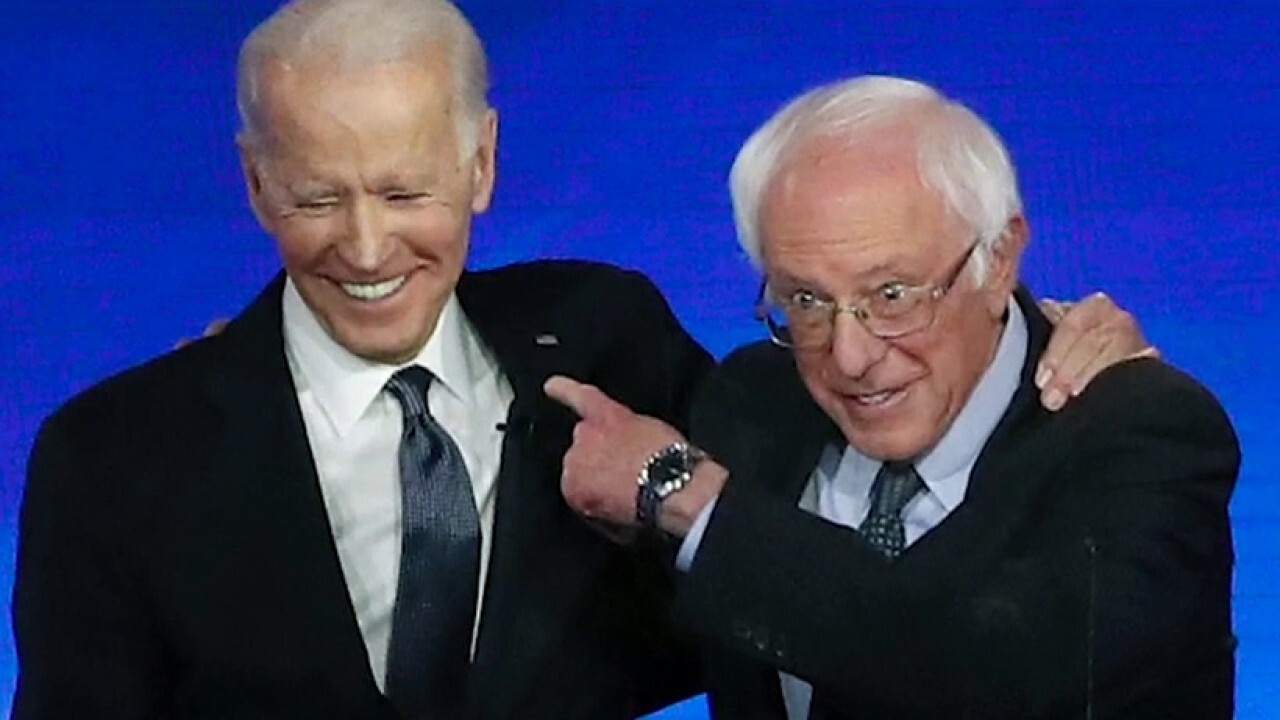 Biden's latest trip to Pennsylvania -- he's made seven in the past month and a half -- came on the same day Vice President MIke Pence kicked off a campaign bus tour through the state.

Pennsylvania, along with fellow Rust Belt states Michigan and Wisconsin, was carried by the Democrats for a quarter century in presidential elections. But Trump narrowly edged out Democratic nominee Hillary Clinton in all three states in 2016.

With just under four months to go until Election Day in November, the latest public opinion polls in all three states indicate Biden holding a single-digit advantage over the president.