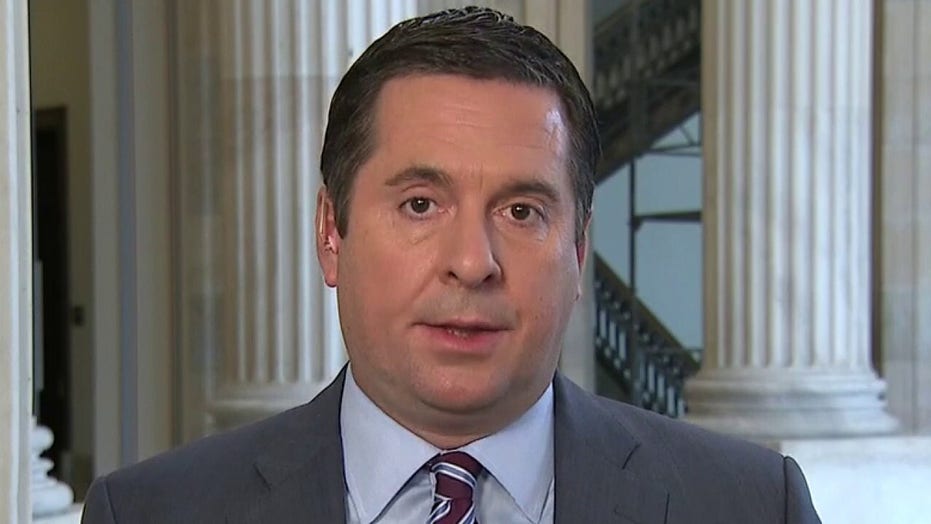 FBI was ‘lying to Congress’ about origins of Russia investigation: Rep. Nunes

The Biden transition team on Wednesday nominated Colin Kahl, who served as President Obama's and then-Vice President Biden's former national security adviser, as his undersecretary of defense for policy.

Biden said in a Wednesday statement that Kahl and Kathleen Hicks, his nominee for deputy secretary of defense, "have the broad experience and crisis-tested judgment necessary to help tackle the litany of challenges we face today, and all those we may confront tomorrow."

"They will be trusted partners to me, the vice president-elect, and Secretary-designate Austin — as well as our dedicated civilian and military team — as we work to restore responsible American leadership on the world stage," Biden said.

Kahl said he would be "honored" to lead and "strengthen" the Defense Department in a Wednesday tweet.

"My first government job was as an action officer in OSD Policy and I was later a DASD. I know how hard the professionals in Policy work every day to keep America safe," he wrote.

The former national security adviser served on President Obama's security team that worked on countering potential Russian interference ahead of the 2016 presidential election, according to an excerpt of the book "Russian Roulette: The Inside Story of Putin’s War on America and the Election of Donald Trump."

Kahl was one of 10 people whom then-House Intelligence Committee Chairman Devin Nunes called on in 2018 to testify before Congress regarding the Russia probe and possible surveillance abuse into the Trump campaign.

Justice Department Inspector General Michael Horowitz in a 2019 report determined that the FBI complied with policies in launching the Russia probe but flagged at least 17 "significant inaccuracies and omissions" in FISA applications to monitor Trump campaign adviser Carter Page and said they would launch a new audit into the FISA process.

Kahl in 2017 retweeted a "mega-thread" from Newsweek columnist Seth Abramson pushing Russian collusion theories that he called "intriguing" and "worth a closer look."

The Obama adviser tweeted in March 2017 that "Trump's [T]witter account channeled anxiety over #RussiaGate" because the Steele dossier was "panning out." He did concede earlier that month, however, that there was "no publicly available info proving collusion btwn Team Trump & Russia during the campaign" but added that some details still struck him as "strange."

The FBI's Crossfire Hurricane team investigating the Trump 2016 campaign received multiple indications that former British spy Christopher Steele -- one of their key informants in their investigation behind the salacious dossier -- was part of an elaborate "Russian disinformation campaign," according to several footnotes declassified in April from Horowitz's report.

He said in 2018 that the House Permanent Select Committee on Intelligence Chairman Adam Schiff's response to Nunes' memo was "a devastating rebuttal to Nunes & his crackpot staff, & it is VERY damaging for Page."

Other tweets from Kalh between 2017 and 2019 appear to push the Trump-Russia collusion narrative, as the Washington Examiner reported.

Barr appointed Durham, the U.S. attorney for Connecticut, to help ensure his investigation into the origins of the Trump-Russia probe could continue through the next administration.