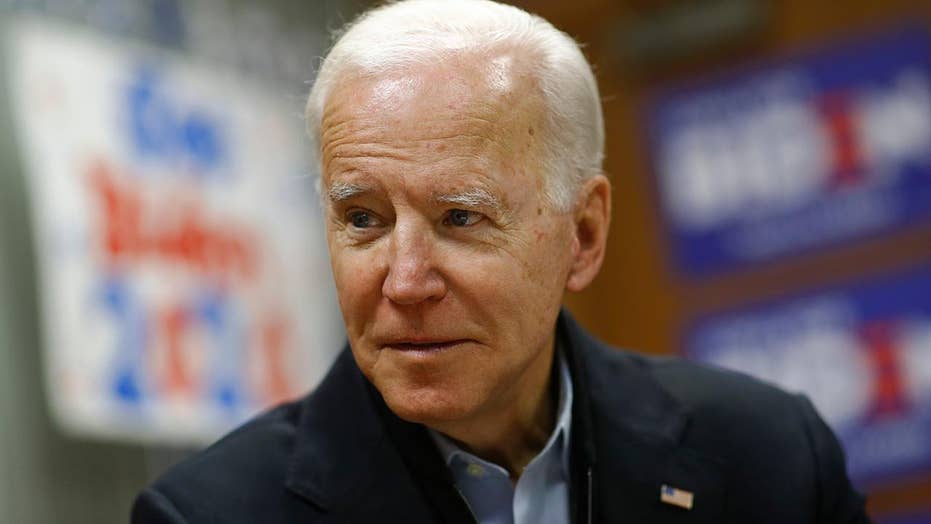 What do the numbers say about the black vote in 2020? Gianno Caldwell and Richard Fowler debate.

DES MOINES, Iowa -- With three weeks to go until Iowa’s caucuses kick off the presidential nominating calendar, a new poll in the Hawkeye State shows former Vice President Joe Biden with a slight edge over his top tier rivals for the Democratic presidential nomination.

Biden grabs the support 24 percent of likely Iowa Democratic presidential caucus-goers in a Monmouth University survey released Monday, the eve of the next presidential primary debate, which will be held in Des Moines.

According to the poll, Sen. Bernie Sanders of Vermont stands at 18 percent, with former South Bend, Indiana, Mayor Pete Buttigieg at 17 percent and Sen. Elizabeth Warren of Massachusetts at 15 percent.

Sen. Amy Klobuchar, of neighboring Minnesota, is at 8 percent in the new survey, with billionaire environmental and progressive advocate Tom Steyer and Sen. Cory Booker of New Jersey each at 4 percent. Booker ended his White House bid a couple of hours before the poll was released.

The survey shows tech entrepreneur Andrew Yang at 3 percent, Rep. Tulsi Gabbard at 2 percent and everyone else tested at less than 1 percent. Former New York City Mayor Mike Bloomberg – who’s not campaigning in the early voting states and instead is concentrating on the delegate rich states that hold contests in March and beyond – was not included in the poll. 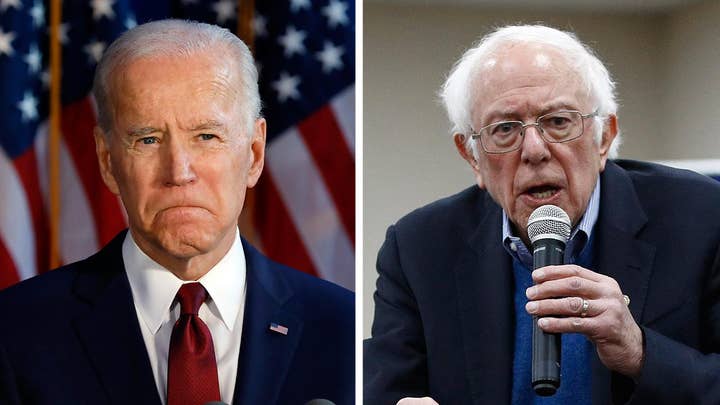 While support is firming up – 43 percent of Iowa caucus-goers now say they’re solidly behind their candidate choice – 4 in 10 still say there’s at least a moderate chance they’ll change their mind by caucus night.

“Even among the top contenders, about 4 in 10 supporters are still open to changing their initial preference by caucus night. There are only three weeks to go, but this race is far from over,” Monmouth University polling director Patrick Murray highlighted.

THE LATEST FOX NEWS POLLS IN THE 2020 PRESIDENTIAL CAMPAIGN

The Monmouth survey differs from a Des Moines Register/CNN poll released on Friday that has Sanders at 20 percent support, Warren at 17 percent, Buttigieg at 16 percent and Biden at 15 percent.

In the new poll, Biden and Sanders were each up 5 percentage points from Monmouth’s previous survey in Iowa, which was conducted in November. Buttigieg dropped five points, with Warren edging down 3 points. The poll pointed to a noticeable shift of voters 65 and older from Buttigieg to Biden.“

A plurality of older voters line up behind Biden, but others in that age group seem to be looking for a fresher face. They appear to be split between Buttigieg and Klobuchar right now,” Murray noted

Biden, Buttigieg and Klobuchar are considered more moderate contenders, with Sanders and Warren the progressive standard-bearers in the Democratic nomination race.

Biden talked about the new poll numbers Monday evening as he stopped by a campaign field office in Des Moines to speak with volunteers who were making calls to voters.

"All the polling data that I’ve read and seen is all. It’s a toss-up. There’s a Monmouth poll out that has me ahead now. But they’re all close. This is a real toss," Biden emphasized. "A the last couple of weeks here makes a gigantic difference."

The Monmouth University Poll was conducted Jan. 9-12, used live telephone operators to poll 405 Iowa voters likely to take part in the Democratic presidential caucuses on Feb. 3. The poll’s sampling error is plus or minus 4.9 percentage points.

Meanwhile, a new survey from Quinnipiac University indicates the Biden remains the front-runner in national polling.

The former vice president stands at 25 percent support, followed by Sanders at 19 percent and Warren at 16 percent.

Buttigieg grabbed 8 percent support among Democrats and independents who lean towards the Democratic Party, with Bloomberg at 6 percent, Yang at 5 percent, and Klobuchar at 4 percent. No other candidate topped one percent.