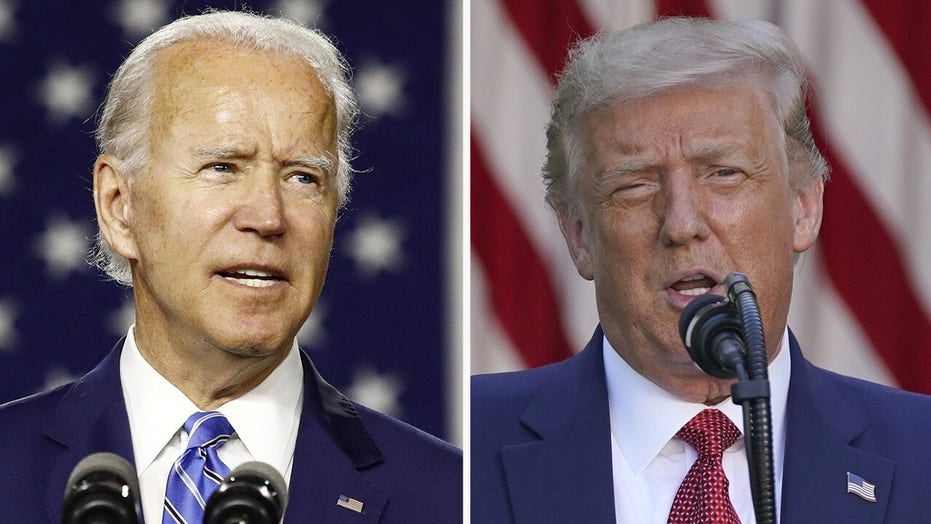 But the survey, released Wednesday by Monmouth University, indicates that voters are evenly divided on which candidate they think will win the Keystone State – as a majority of those questioned believe that their communities hold a number of “secret Trump” voters.

The former vice president and presumptive Democratic nominee topped the GOP incumbent in the White House among registered voters 53-40 percent, according to the poll, which was conducted July 9-13.

Biden held a smaller lead over Trump among the smaller pool of likely voters. He topped the president 52-42 percent under a likely voter turnout model higher than turnout in the 2016 presidential election -- and held a 51-44 percent advantage under a lower likely turnout model.

But the poll shows that registered voters are divided on whether they expect the president or Biden will win Pennsylvania in the end. One reason may be that 57 percent of registered voters questioned said they believe there’s a sizeable amount of so-called secret voters in their communities who back Trump but won’t tell anyone about their support. Only 27 percent said they believe there are secret voters for the former vice president.

“The media consistently reports that Biden is in the lead, but voters remember what happened in 2016. The specter of a secret Trump vote looms large in 2020,” Monmouth University Polling Institute director Patrick Murray highlighted.

Pennsylvania – along with Michigan and Wisconsin – had been carried by Democrats in the presidential election for a quarter-century. But Trump narrowly edged out Democratic nominee Hillary Clinton in all three states in 2016 – helping him win the White House.

The new poll indicates the former vice president topping Trump 93-1 percent among Democrats, with the president beating Biden 84-12 percent among Republicans. Biden has a 21-point lead among independent voters.

The survey also shows Biden with a large 31-point lead among voters under 50 – and a 10-point advantage among those 65 and older.

Murray noted that “even taking into account any polling error from four years ago, Biden is clearly doing well in swing areas. The Democrat has roots in this region which may be helping him, but there seems to be an overall erosion of support for Trump compared to 2016.”

Biden – who was born and spent his first 10 years in Scranton, Pa., before moving to Delaware – retains strong ties to the Keystone State. He’s held seven campaign events in Pennsylvania the past two months.

The poll's release comes with less than four months to go until November's general election, which is still a long time in campaign politics. And the president and the Trump campaign have repeatedly slammed public opinion polling as flawed and charge the surveys under-sample Republican voters.

The Monmouth University Poll was conducted using live telephone operators, with 409 registered voters in Pennsylvania questioned. The survey’s sampling error is plus or minus 4.9 percentage points.