McFarland: Iran has no 'leverage' to force US return to nuclear deal

Iran has "no leverage left" over the U.S. that would enable them to pressure the Biden administration to rejoin the 2015 nuclear deal, former Deputy National Security Adviser K.T. McFarland told "The Story" Tuesday.

"Between the sanctions that Trump put on and the low price of oil, their economy is in tatters," McFarland told host Trace Gallagher, added that the suggestion of Iranian leverage "would be a joke except for the fact that nuclear weapons are involved and the security of the entire region."

In addition to economic sanctions, McFarland explained, the Trump administration had weaked Iran militarily by the January 2020 drone strike that killed Gen. Qassem Soleimani of the elite Quds Force.

"And we're not sure who, but somebody took out one of their leading nuclear scientists," she added. "Iran never abided by this agreement and it was never to halt their nuclear program. It was to put it on the pause button for a decade and to be resumed."

US EXPLORING NEW BASES IN SAUDI ARABIA AMID IRAN TENSIONS 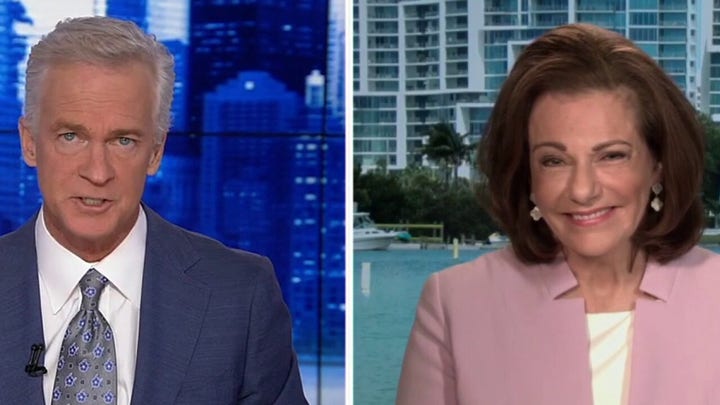 Meanwhile, McFarland went on, the Biden administration has been given a "golden opportunity" by Trump to further weaken Tehran's power in the region.

"The Arab countries, Saudi Arabia, Qatar, they're as upset about the prospect of Iran getting nuclear weapons as Israel is," she said. "The point to be made is, we have leverage now. Whether the Biden administration approved of what Trump did or not, Trump has given them a golden opportunity. We have an Israeli-Arab peace agreement [and] we have Iran on its heels economically."

She also pointed out that Supreme Leader Ayatollah Ali Hosseini Khamenei is an "aging leader" at the age of 81, and that President Hassan Rouhani, 72, is facing an election this year.

Khamenei has been in power since 1989, when he succeeded Ayatollah Ruhollah Khomeini.

"The Iranian people are not blaming America for their problems. They're blaming the Mullahs," McFarland said. "If the Biden administration were tough and smart ... don't fall for it again. [Iran] has to concede."

"So if the Biden administration really wants success, I think they should push for a very different deal, if one at all."