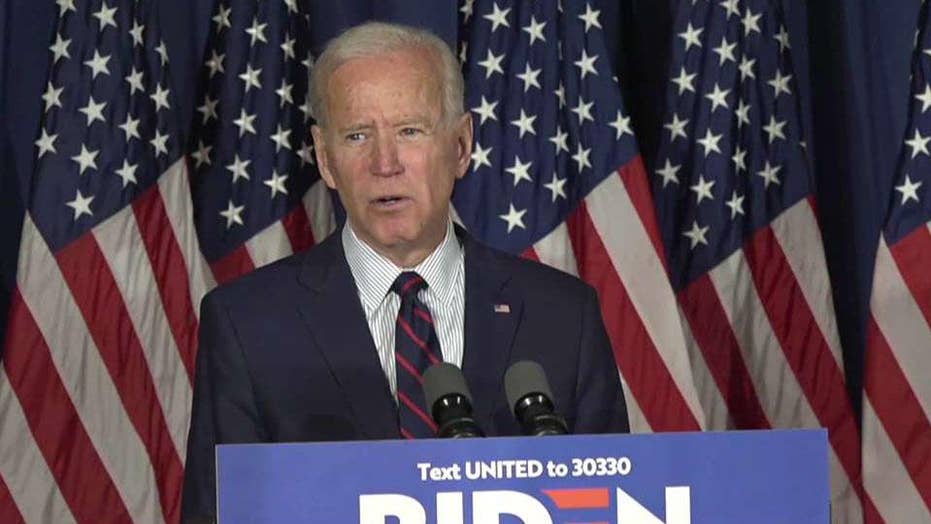 Matt Schlapp and Capri Cafaro agree that Joe Biden's call for President Trump to be impeached is an appeal to the more progressive section of the Democratic Party.

ROCHESTER, N.H. – Former Vice President Joe Biden took a big step on Wednesday, calling for the first time for the impeachment of President Trump over the Ukrainian controversy.

"To preserve our Constitution, our democracy, our basic integrity, he should be impeached," Biden said, while speaking at a campaign event in New Hampshire, the state that holds the first primary in the race for the White House.

White House counsel Pat Cipollone, in a letter to House Speaker Nancy Pelosi and the chairs of the three committees leading the impeachment probe, declared that the Trump administration will refuse to cooperate with what it considers an illegitimate process.

“Given that your inquiry lacks any legitimate constitutional foundation, any pretense of fairness, or even the most elementary due process protections, the executive branch cannot be expected to participate in it,” Cipollone wrote

"We all laughed when he said he could stand in the middle of Fifth Avenue and shoot someone and get away with it. It’s no joke,” Biden said of Trump on Wednesday. “He’s shooting holes in the Constitution, and we cannot let him get away with it.”

The president, taking to Twitter while Biden was speaking in New Hampshire, pushed back.

Trump has come under fire over his July 25 call with Ukrainian President Volodymyr Zelensky, in which he urged Zelensky to investigate Biden and his son Hunter over their dealings in the eastern European country that’s been battling Russia. Fueled by whistleblower complaints and a transcript of the call released by the White House, Democrats argue the president was asking a foreign country to potentially interfere in a U.S. election.

The president and allies have instead tried to put the spotlight in the scandal on Biden, who’s hoping to face off against the president in next year’s election.

Biden, defending his actions in Ukraine, said "there’s no truth to [Trump's] charges and attacks against me and my son. Zero."

And Biden accused the president of throwing "lies and distortions and smears" at him and his son. "Because he thinks he’ll undermine my candidacy for the nomination as well as the presidency if I am the nominee."

Minutes after the former vice president's speech, the Biden campaign sent a fundraising email to supporters in which the candidate re-emphasized that "Trump should be impeached."