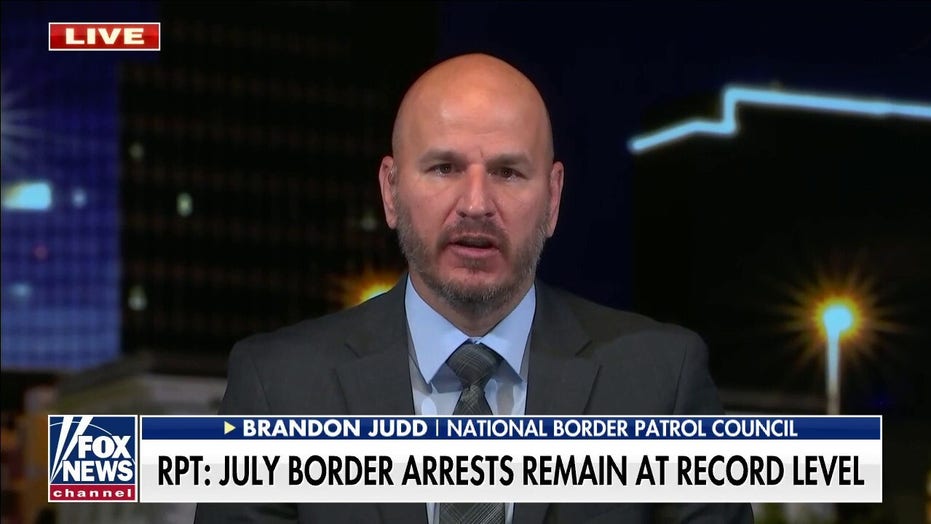 President of the National Border Patrol Council argues Biden and his staff are not allowing the press into processing centers and not allowing the U.S. to see visuals of overcrowded facilities that border patrol agents are managing.

President Biden did not directly address a question from Fox News’ Peter Doocy Tuesday asking why his administration is continuing to allow untested and unvaccinated illegal immigrants into the country while at the same time urging and in some cases mandating that Americans take the coronavirus vaccine.

"You just said there is no wall high enough and no ocean wide enough to protect us from the virus," Doocy asked the president. "So what is the thinking behind letting untested and unvaccinated migrants across the southern border into U.S. cities in record numbers?"

Biden responded by saying that he has not rescinded an order urging migrants who are unvaccinated to go back across the border.

"We have not withdrawn the order that is sometimes -- criticized saying that unvaccinated people should go back across the border," Biden said, adding that unaccompanied children are a "different story."

Doocy then attempted a follow-up question but was drowned out by other reporters before the president called on someone else.

Biden has been widely criticized for continuing to allow illegal immigrants to be released into border towns while displaying symptoms of the coronavirus, and the number of migrants infected with the virus has surged almost 1,000% in some border sectors.

"This White House is allowing our country not only to be invaded with many criminals crossing the border, MS-13 potential or current gang members, but now they are letting a flow of people infected with COVID while they are telling students in the first and second grade that they have to wear a mask, or telling adults, vaccinate or wear a mask," Texas Lt. Gov. Dan Patrick said last week.

Last week, Doocy pressed principal deputy press secretary Karine Jean-Pierre on the same question and received a similar answer that did not directly address the specific allegations of hypocrisy that have been levied on social media.

Earlier this week, the Centers for Disease Control and Prevention extended a Trump-era policy aimed at limiting migrant entry into the United States, citing coronavirus concerns, but that policy does not apply to migrant children.

The Border Patrol predicted earlier this year that 184,000 migrant children will enter the United States illegally this year, and over 1 million illegal immigrants have been encountered at the border so far this fiscal year.