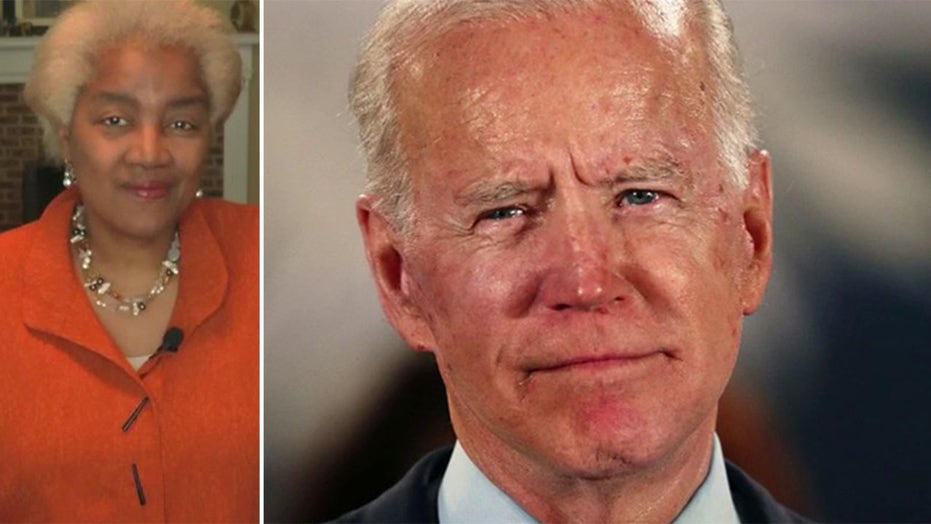 Joe Biden suggested Tuesday that Charlamagne tha God was also being a "wise guy" during their interview Friday when the former vice president made his controversial "you ain't black" remark.

During an interview Tuesday on CNN, Biden acknowledged he made a "mistake" last week in making the comment, in which he referred to black voters who have yet to decide whether to support him or President Trump in the 2020 election. He walked back the comment later in the day, saying he should not have been so "cavalier" and acted like a "wise guy."

However, the presumptive Democrat presidential nominee told CNN he wasn't the only "wise guy" during "The Breakfast Club" interview.

The former vice president went on to insist that he has "never, never" taken the black vote for granted, saying he's "worked like the devil for it and have to earn it every time."

Biden faced swift backlash across the political landscape, from the Trump campaign to progressives who had previously backed Sen. Bernie Sanders, I-Vt.

"Vice President Biden’s statement today represents the arrogant and out-of-touch attitude of a paternalistic white candidate who has the audacity to tell black people, the descendants of slaves, that they are not black unless they vote for him," Johnson told Fox News last week.

"This proves unequivocally that the Democratic nominee believes that black people owe him their vote without question; even though, we as black people know it is exactly the opposite. He should spend the rest of his campaign apologizing to every black person he meets."