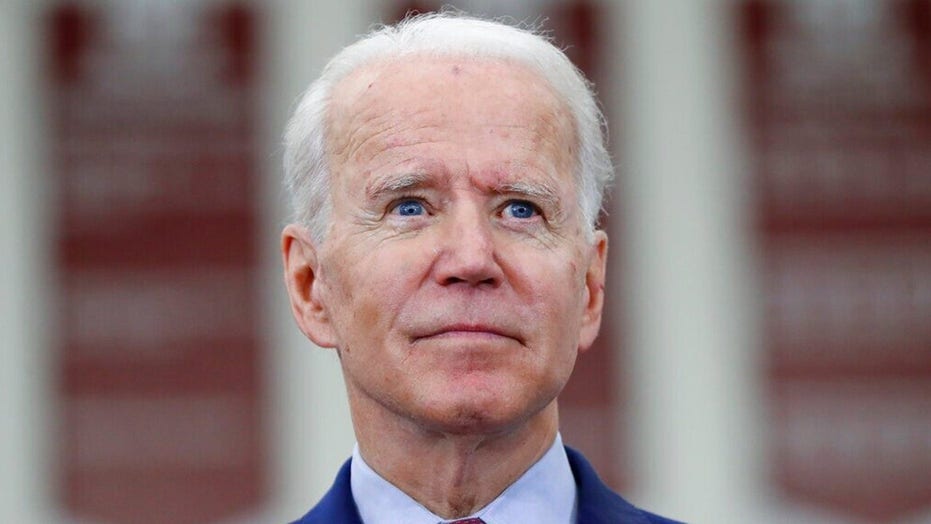 2020 hopeful Joe Biden tells donors that his campaign is about healing the country; Peter Doocy reports.

Former Vice President Joe Biden urged the demonstrators behind the violent protests in Minnesota “to exercise their rights peacefully and safely.”

But the presumptive Democratic presidential nominee also called the death of a black man after being pinned to the ground for several minutes by Minneapolis police officers, which sparked three straight nights of rioting, a “brutal, brutal death” which he emphasized exposes “this ugly underbelly of our society.”

A video recorded by a bystander on Monday showed a white police officer kneeling on 46-year-old George Floyd's neck, as Floyd repeatedly said “I can’t breathe.” He died a short time later at a nearby medical facility. By Tuesday morning, the video had gone viral across the nation — sparking protests in Minnesota and in other parts of the country and putting the incident in the national spotlight.

Biden, speaking at a virtual fundraiser Thursday night, once again urged that the “officers in the Floyd case must be held accountable, including with the FBI investigation and independent Department of Justice civil rights investigation.”

Calling for calm as the protests raged, Biden urged “the protesters to exercise their rights peacefully and safely.”

But he acknowledged that “people all across this country are enraged and rightly so. Everyday African-Americans go about their lives with constant anxiety and trauma of wondering, ‘Will I be next?’ Sounds like an exaggeration but it’s not.”

And Biden emphasized that “these tragedies, these injustices cut at the very heart of our most sacred of beliefs: that all Americans, equal in rights and in dignity, are part of an ingrained systemic cycle of racism and oppression that throughout every part of our society.”

Preaching racial justice, which has been one of the centerpieces of his presidential campaign, Biden stressed that “we need to make sure justice is real for the Floyd family. That the protections and the rule of law are real for every American.”

And he warned that “if we’re not committed as a nation, with every ounce of purpose in our beings – not just to binding up this wound in hope that somehow the scab once again will cover things over – but to treat the underlying injury, we’re never going to eventually heal. That’s the reason I’m running. This campaign is about healing this country.”

Biden's also taking aim at President Trump, who in a series of tweets late Thursday night called the protesters “THUGS are dishonoring the memory of George Floyd.”

The president also vowed to “get the job done right” if the city and state couldn’t handle the protests, adding “Any difficulty and we will assume control but, when the looting starts, the shooting starts. Thank you.”

The former vice president – taking to Twitter on Friday morning – responded – saying “I will not lift the President’s tweet. I will not give him that amplification.”

But Biden went on to spotlight that the president “is calling for violence against American citizens during a moment of pain for so many. I’m furious, and you should be too.”

Biden is expected to make remarks at 1:30pm ET on Friday about the Floyd death and the resulting violent protests.