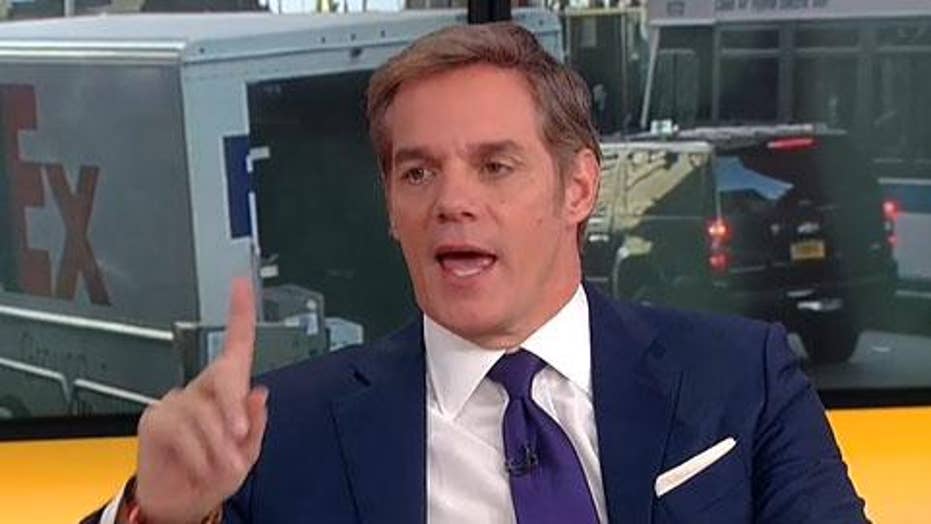 Should 2020 Democrats recuse from impeachment trial?

MANCHESTER, N.H. -- With the clock ticking toward Tuesday’s start of the Senate impeachment trial of President Trump, the four Democratic senators who are running for the White House are making the most of their remaining free time to campaign in the states that kick off the presidential primary and caucus nominating calendar.

Sen. Bernie Sanders of Vermont is campaigning in New Hampshire and Iowa this long holiday weekend, while Sen. Elizabeth Warren of Massachusetts hits the trail in Iowa and South Carolina. Sen. Amy Klobuchar of Minnesota is headed to Iowa while Sen. Michael Bennet of Colorado -- a long-shot for the nomination -- is stumping in New Hampshire.

But come Tuesday, those four candidates will start serving jury duty six days a week, as the chamber’s 100 senators take in Trump’s impeachment trial. The timing couldn’t be worse, with the Iowa caucuses two weeks away and the New Hampshire primary a week later.

The sidelining of the senators could benefit the two top-tier candidates who aren’t in the Senate: former Vice President Joe Biden and Pete Buttigieg, the former mayor of South Bend, Indiana.

“For Biden and Buttigieg, they can basically camp out in Iowa, drive their buses around the state for the entire remainder of the Iowa campaign,” said Iowa Radio News Director O’Kay Henderson, who’s been covering the caucuses for more than 30 years.

Longtime Iowa-based Democratic consultant Jeff Link, a veteran of numerous presidential and Senate campaigns, stressed that “it’s going to cause some real challenges." 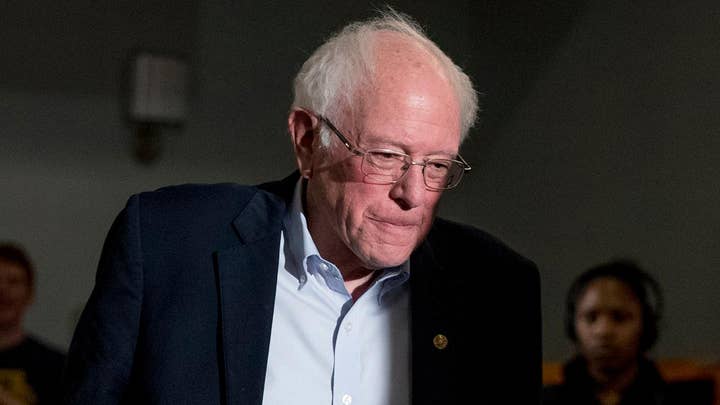 Asked in New Hampshire a week ago about the disadvantages of being stuck in the nation’s capital, Warren lamented the loss of face time she’ll have with voters.

Klobuchar, in an interview with Fox News following Tuesday’s debate in Iowa, said: “I’m coming up with innovative ideas which include Skyping in, sending my husband, he’s a good campaigner. My daughter.”

And she emphasized that “I’ve just got to get back here and New Hampshire, Nevada, and South Carolina. I’m a mom. I can do two things at once.”

Buttigieg has been asked numerous times the past couple of weeks whether he’ll benefit from some of his top rivals being sidelined from the campaign trail during the Senate trial.

“I'll leave it to the analysts to figure out the political impact,” he told reporters Wednesday in Iowa. “What I know [is] that we're going to use every moment available to us to continue making the case and to continue listening to voters as we are here, sharing learning stories, sharing our priorities and building momentum.”

While Biden has directly commented on whether the trial will give him an edge up, he's also stressed how the next couple of weeks may determine the nomination.

“People are beginning to make up their minds now, and this is a critical moment. All the polling data that I've read and seen is... it's a toss-up,” the former vice president said Monday in Iowa. “The last the last couple of weeks here makes a gigantic difference.” 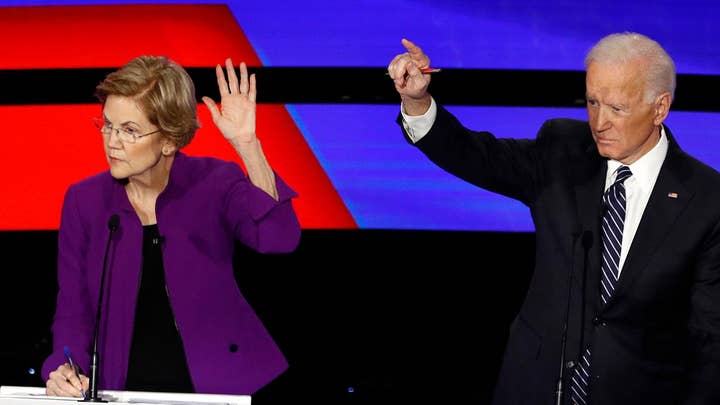 Still, there could be a downside for Biden, with the Senate trial possibly going into more detail about his son Hunter Biden's business dealings. Some Republicans have even raised the idea of calling the Bidens to testify, though it's unclear how serious a possibility that is.

Trump was impeached last month along party lines in the Democrat-controlled House of Representatives over allegations the president abused the power of his office and obstructed the congressional investigation into his alleged wrongdoing.

The president was impeached over his July 25 call with Ukrainian President Volodymyr Zelensky, in which he urged Zelensky to investigate Joe and Hunter Biden over their dealings in the Eastern European country. With Biden a top contender to face off in November against Trump, congressional Democrats alleged that the president was asking a foreign country to potentially interfere in a U.S. election.

The House impeached the president on Dec. 18, but House Speaker Nancy Pelosi, D-Calif., delayed sending the articles of impeachment for nearly a month, in a failed attempt to win concessions from Senate Majority Leader Mitch McConnell, R-Ky., the top Republican in the Senate.

On Friday, without providing any evidence, the president accused Pelosi of delaying the trial to help Biden.

“They are rigging the election again against Bernie Sanders, just like last time, only even more obviously,” Trump said on Twitter. “They are bringing him out of so important Iowa in order that, as a Senator, he sit through the Impeachment Hoax Trial. Crazy Nancy thereby gives the strong edge to Sleepy Joe Biden, and Bernie is shut out again. Very unfair, but that’s the way the Democrats play the game. Anyway, it’s a lot of fun to watch!”

There might yet be a silver lining for the senators stuck in DC.

“The trial is a double-edged sword for some of the candidates because while it’s going to take them off the campaign, it’s also going to mean that they will be a part of the biggest story that America’s focused on,” argued longtime New Hampshire-based Democratic consultant Jim Demers.

Demers, a veteran of multiple presidential campaigns, pointed out that “every night when that trial ends, the media will be clamoring to those Democratic presidential candidates for comments, so they’re going to get a very heavy amount of media coverage even though they’re not out on the campaign trail.”