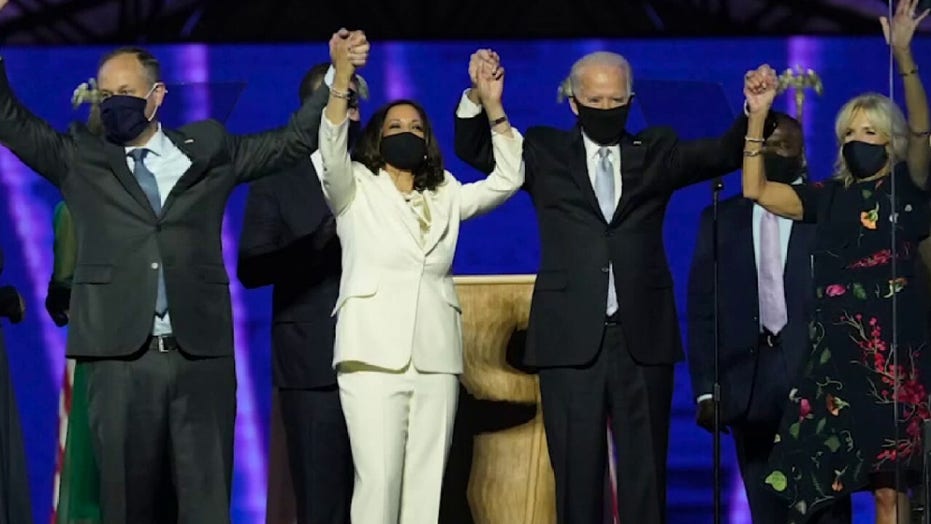 Josh Kraushaar, Terry Holt and Kevin Walling weigh in on ‘The Daily Briefing.’

They’re still counting the votes in a handful of the key battleground states in the presidential election – but a look at where the current vote totals stand points to a second straight White House race decided by razor thin margins.

The Fox News Decision Desk projected on Saturday that Democratic presidenital nominee Joe Biden would win the state of Nevada and the commonwealth of Pennsylvania, giving the former vice president the electoral votes he needed to defeat President Trump and become president-elect. But the president has yet to concede, as he hopes that a flurry of lawsuits he’s filed and a couple of recounts in key states will reverse Biden’s victory.

CLICK HERE FOR THE LATEST 2020 ELECTION RESULTS FROM FOX NEWS

Biden, as of Monday afternoon, had won a record breaking 75.67 million votes nationally. And Trump, in defeat, garnered a massive 71.07 million votes.

The margins were tighter in the crucial battleground states that Biden secured to win the Electoral College count.

It was a similar story four years ago, although Trump's margin of victory over Clinton was smaller.

Trump won Michigan, Pennsylvania, and Wisconsin – three states that had been carried by the Democrats in presidential elections for a quarter century – by just 78,000 votes over 2016 Democratic nominee Hillary Clinton. The combined 46 electoral votes in all three states were enough to put Trump over the top. And Trump carried Florida’s 29 electoral votes by a margin of just under 113,000.