Then-candidate Joe Biden reluctantly approved a campaign ad bashing his then-primary rival Pete Buttigieg’s record as South Bend mayor only to demand it be taken down a few hours later, according to an upcoming book.

The new book "Peril" by Bob Woodward and Robert Costa details how Biden’s campaign, struggling in early 2020 in the Democratic presidential primary,  pulled together a new attack ad called "Pete’s Record" which contrasted Biden’s experience as vice president with Buttigieg’s experience as mayor as a small town.

Sarcastically, the ad says that both candidates has "taken on tough fights."

"Under the threat of nuclear Iran, Joe Biden helped negotiate the Iran deal," the ad said, before brightening the music up. "And under the threat of disappearing pets, Pete Buttigieg negotiated lighter licensing regulations on pet chip scanners."

It also compared Buttigieg's installing of decorative brick with Biden's efforts to save the economy after the 2008 economic crisis.

With the campaign struggling for money, Woodward reports that adviser Mike Donilon argued that it was necessary to release it to the media and YouTube so it would be picked up. 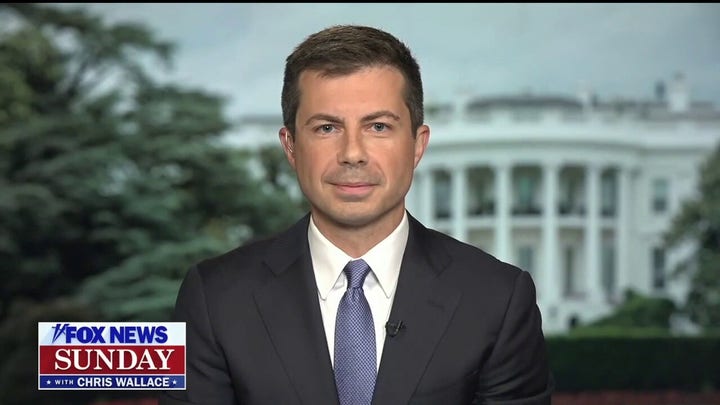 "I hate it," Biden reportedly said, but OK’d its release.

The attack ad would face criticism that it showed desperation from Biden and was a snarky, dirty hit. But "Peril" details how Biden allegedly changed his mind on allowing its release just six hours later.

"Take it off," he reportedly told Donilon. "Take it back. I don't want it airing any longer. Take it down!"

But it was too late, and it had already been picked up by the media.

Biden would go on to recover from his primary slump, clinching the nomination months later.

Buttigieg eventually dropped out of the race, endorsing Biden and later being nominated by the new president for the position of Transportation secretary – where he currently serves.