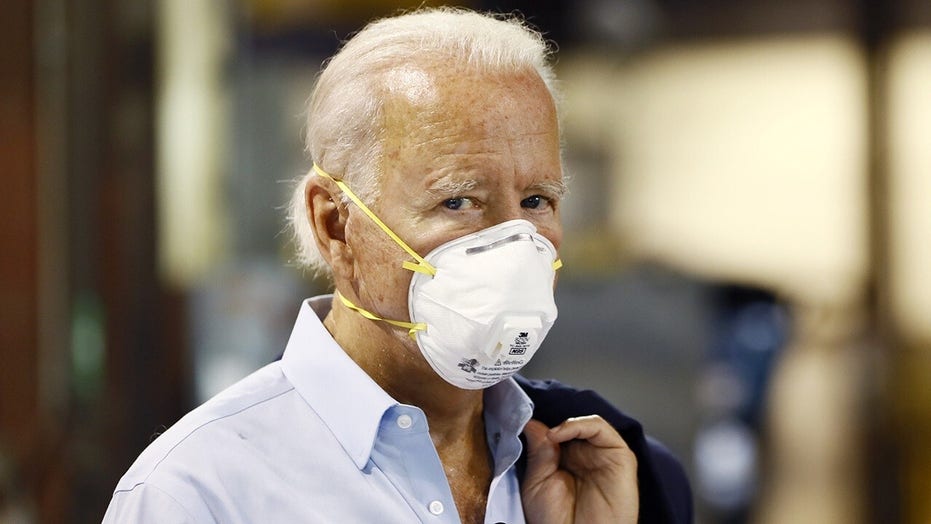 Has Joe Biden become more liberal while running for president?

The campaign announced the media buy for television and digital in which Biden speaks directly to Americans who are feeling “anxious and fearful” and “looking for leadership during a time of crisis,” according to the campaign. The ads are slated to run in Texas as well as Arizona, Florida and North Carolina.

“This is the first time during the general election that our campaign is spending on the air and online in the Lone Star State,” the campaign said.

The ad airing in Texas is titled “Tough” and features Biden speaking to voters and encouraging them as positive cases of the novel coronavirus surge.

“I’m thinking of all of you today across Texas and though the rising case numbers is causing fear and apprehension, people are frightened and they’re especially worried about their parents and their grandparents, their loved ones who are most at risk,” Biden says in the ad. “This virus is tough, but Texas is tougher.”

Biden goes on to urge Texans to “do the simple things,” including wearing a mask, washing hands, staying at home when possible and socially distancing when in public.

“I want every single American to know, if you’re sick, if you’re struggling, if you’re worried about how you’re going to get through the day, I will not abandon you,” Biden says. “We’re all in this together. We’ll fight this together. Together we’ll emerge from this stronger than we were before we began.”

According to the latest RealClearPolitics average, Biden and President Trump are tied at 45 percent in Texas.

Similar “Tough” ads are set to air in Arizona, Florida and North Carolina with state-specific images and a personalized message from Biden, the campaign said.

Meanwhile, later this week, the campaign is set to launch digital video ads in those states.

The additional buy is mid-six figures and will run in each state’s top markets on local cable, and on Sunday cable shows. The campaign is also expected to run Spanish-Language captioned versions of the spot in Arizona, Florida and Texas on YouTube, Facebook, and Univision.

The efforts come after the campaign last month unveiled a $15 million television, digital, radio and print ad blitz to run in six general election battleground states won by then-GOP nominee Donald Trump in 2016. The commercials are running in Michigan, Pennsylvania, Wisconsin, Florida, Arizona, and North Carolina, with ads in both English and Spanish airing in Florida and Arizona.

President Trump’s re-election campaign began airing TV ads before Biden, starting in the same six battleground states where Biden did, as well as in Ohio and Iowa, two states Trump captured by larger margins in 2016.