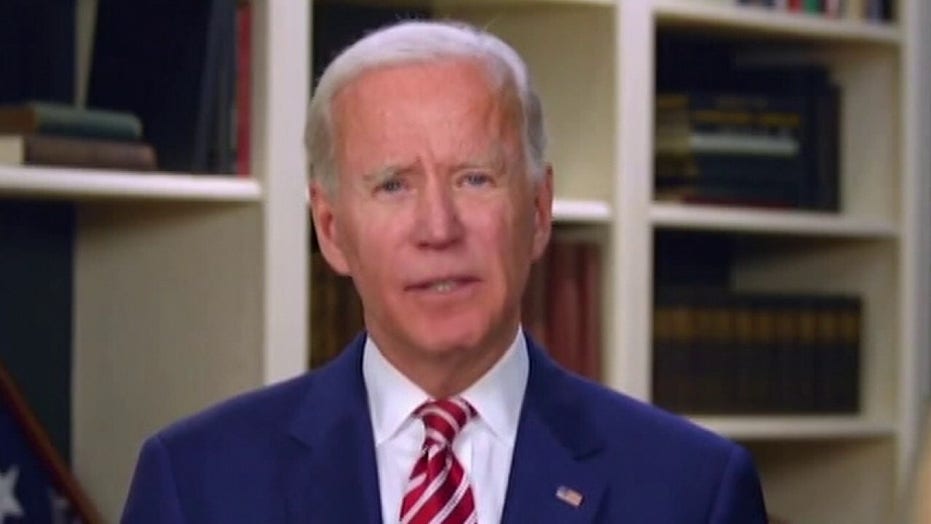 One of presumptive Democratic presidential nominee Joe Biden's top advisers defended comments the candidate made on "The Breakfast Club" morning show after Biden told host Charlamagne tha God that "you ain't black" if "you have a problem figuring out whether you're for me or Trump."

The latest blunder from the gaffe-prone candidate brought rebukes from all sides. The Daily Beast quipped "[m]aybe it's time to shut off the WiFi in Joe Biden's home office for a little while." South Carolina Sen. Tim Scott, the only black Republican senator, tweeted "I’d say I’m surprised, but it’s sadly par for the course for Democrats to take the black community for granted and brow beat those that don’t agree."

In the immediate wake of the comments, Biden staffers online flooded the zone with clips from another interview Biden did on Friday morning on CNBC before Biden senior adviser Symone D. Sanders responded to the "you ain't black" moment from "The Breakfast Club" interview.

"Vice President Biden spent his career fighting alongside and for the African American community. He won his party's nomination by earning every vote and meeting people where they are and that's exactly what he intends to do this November," Sanders tweeted.

CHRIS WALLACE SAYS JOE BIDEN HAS TO 'GET OUT OF HIS BASEMENT' AND CAMPAIGN: IT'S AN 'INCREASINGLY BAD LOOK'

She continued: "The comments made at the end of the Breakfast Club interview were in jest, but let’s be clear about what the VP was saying: he was making the distinction that he would put his record with the African American community up against Trump’s any day. Period."

The controversial comment came when Biden was about 17 minutes into his interview on the show. An aide began stating that the interview needed to end, prompting the host to charge, “You can’t do that to black media.”

Biden said the interview cutoff would have happened with "white media" or "black media," suggesting his wife needed to use the home studio.

Charlamagne tha God, who is black, then asked Biden to come back on the program. The former vice president agreed, but the host added, “It’s a long way to November. We’ve got more questions.”

The host shot back that "it has nothing to do with Trump. It has to do with the fact that I want something for my community."

Biden responded, “Take a look at my record. I extended the Voting Rights Act for 25 years. I have a record that is second to none. The NAACP’s endorsed me every time I’ve run. Take a look at the record.”

After the friction, the interview – which was pre-taped on Thursday – ended on a mutually positive note.