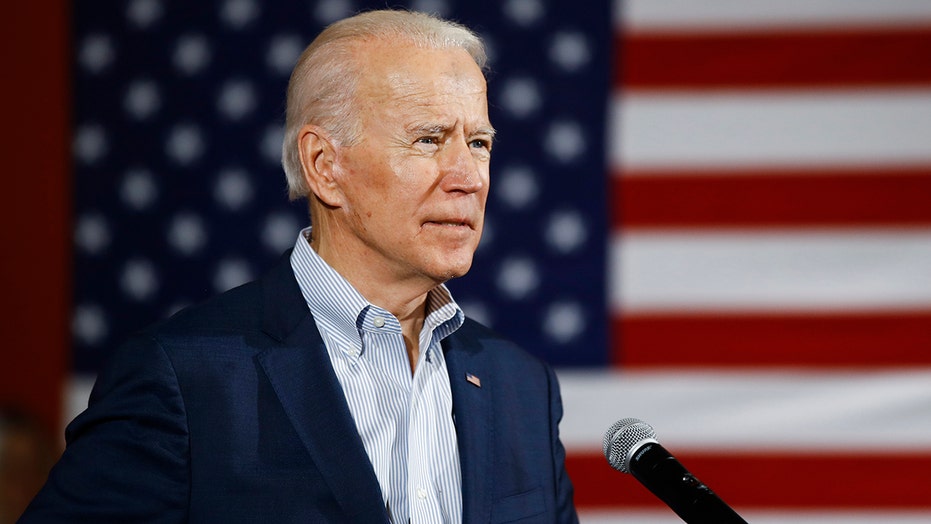 Which candidate will have the upper hand? Operation Reset founder Pastor Mark Burns weighs in.

As he pours resources into winning Saturday’s primary in his "firewall" state of South Carolina, former Vice President Joe Biden is finally taking to the airwaves in some of the 14 states that vote next week on Super Tuesday.

But the modest ad buy by Biden in southern states that vote on Tuesday is dwarfed by those of many of his rivals for the Democratic presidential nomination.

Thanks to his eight years as the right-hand man to America’s first black president, Biden remains popular with African-American voters. And after disappointing finishes in the predominantly white states of Iowa and New Hampshire, Biden’s campaign is predicting a victory in South Carolina — where more than half of the Democratic presidential primary electorate is black. And they’re pushing for strong performances by Biden in the Super Tuesday states with large black electorates.

The campaign said the TV spots – as well as radio commercial and digital ads running in California, Texas and North Carolina – aim to “encourage early voting” in those states.

While he concentrates on South Carolina – where he’s campaigning all week while rivals hold events in some of the March 3 states – Biden is being vastly outspent in the Super Tuesday air wars.

Sen. Bernie Sanders of Vermont – the front-runner who’s coming off of back-to-back wins in New Hampshire and Nevada – has spent or reserved nearly $14 million worth of airtime in all 14 of the Super Tuesday states, according to data compiled by the ad-tracking firm Advertising Analytics. Thanks to a huge infusion of small-dollar grassroots contribution, Sanders has vastly outraised Biden this election cycle.

All of that spending combined doesn’t match the $35 million billionaire environmental and progressive activist Tom Steyer’s dishing out to run ads in the March 3 states.

But even Steyer’s massive ad buy is dwarfed by the more than $180 million multibillionaire business and media mogul and former New York City Mayor Mike Bloomberg’s spent to flood the airwaves in the Super Tuesday states with ads.

As of now, the pro-Biden super PAC "Unite the Country" is not spending any money to run ads in South Carolina. The outside group shelled out roughly $6 million to support the former vice president in Iowa, New Hampshire and Nevada.

Both Biden and Sanders are being outpaced by Steyer, who’s shelled out a whopping $20 million alone to run ads in the Palmetto State.

Steyer spent $15 million in Nevada – eight times more than the nearest competitor, according to Advertising Analytics – but he came in a distant fifth in last weekend’s caucuses.