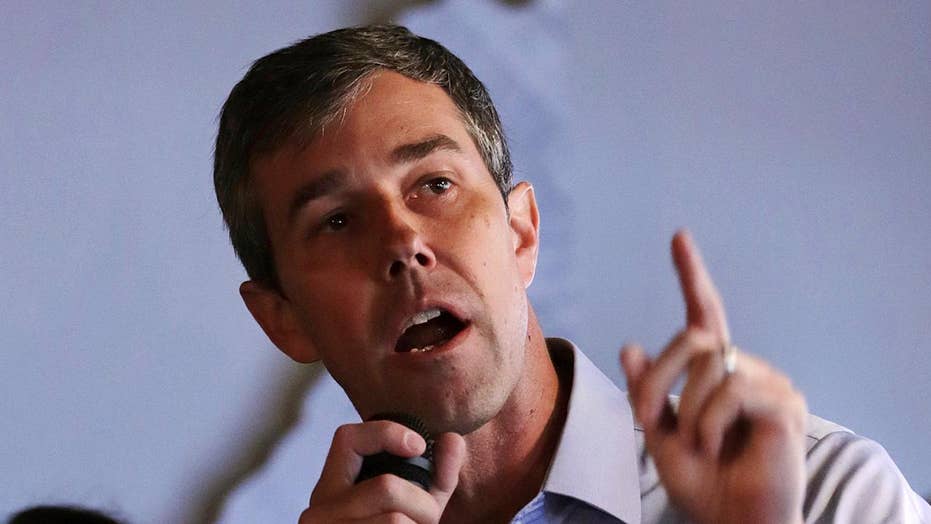 The officer who investigated Beto O'Rourke's 1998 crash disputes claims from the 2020 presidential hopeful that he did not attempt to flee the scene of the accident.

Democratic presidential contender Beto O’Rourke criticized both the Obama and Trump administrations for their immigration practices Wednesday at the "She The People Forum" at Texas Southern University in Houston.

O’Rourke, 46, was asked if the U.S. Immigration and Customs Enforcement (ICE) should be disbanded. An audience member was heard replying, “Yes, come on.”

“I hear you on this,” the former congressman replied. “The practices under this president, the practices under the last president where families were broken up. Where you had internal enforcement I think in one year alone in the previous administration 400,000 deportations from inside the United States.”

The 2020 candidate continued to say: “Some people who had been here for decades who posed no threat to their families, to their communities to this country in fact in any way that you can measure are contributing fare more than they are taking.”

O’Rourke said he believed that “we don’t need those internal roundups and deportations and enforcement.”

“We do need to make sure that whoever threatens the lives of our fellow Americans or has used violence that there is accountability,” he continued.

He concluded his remarks by saying that the internal operations by ICE “is not the way to do it.”

When pressed on whether ICE would exist if he was president, O’Rourke replied, “Yes.”

ICE has become a topic for debate for presidential candidates. During the midterm elections, Sen. Kirsten Gillibrand, D-N.Y., who is also running for president, said ICE should be disbanded and rebuilt.

"I believe that it has become a deportation force. And I think you should separate out the criminal justice from the immigration issues," she told CNN’s Chris Cuomo. "I think you should reimagine ICE under a new agency, with a very different mission, and take those two missions out. So we believe that we should protect families that need our help, and that is not what ICE is doing today."

In June 2018, Sen. Elizabeth Warren, D-Mass., also called on replacing ICE “with something that reflects our morality and that works," according to The Hill. Warren is also part of the crowded field of 2020 Democratic presidential candidates.