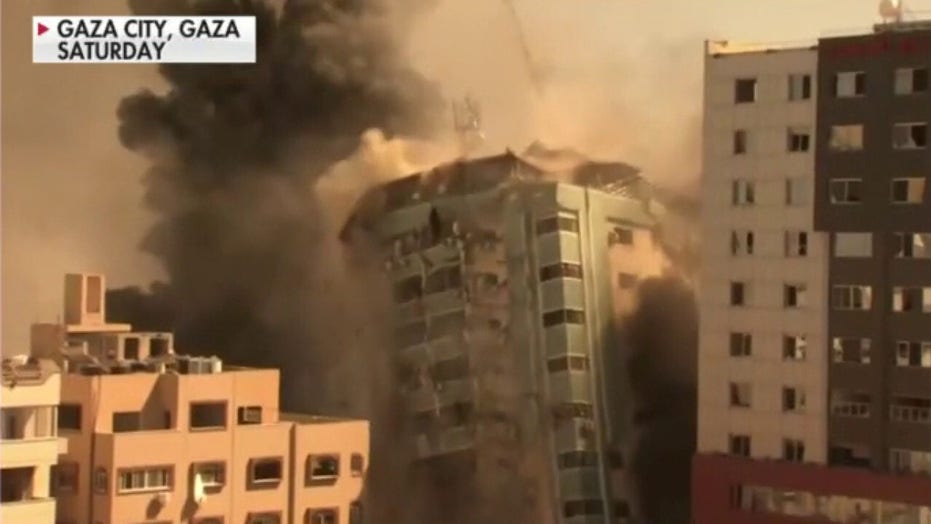 Rep. Cicilline: It's up to both parties 'to call for an end to this violence'

Rep. David Cicilline, D-R.I., responds to the Israel-Gaza conflict after a week of ongoing military attacks

As fighting between Israel and Hamas militants entered its seventh day on Sunday, Sen. Bernie Sanders, I-Vt., called for a "hard look" at the billions in military aid the U.S. gives to Israel each year.

"The devastation in Gaza is unconscionable. We must urge an immediate ceasefire. The killing of Palestinians and Israelis must end," the self-proclaimed democratic socialist tweeted Sunday. "We must also take a hard look at nearly $4 billion a year in military aid to Israel. It is illegal to support human rights violations."

An Israeli firefighter works at the site where a rocket fired from the Gaza Strip, hit the central Israeli town of Holon, near Tel Aviv, Tuesday, May 11, 2021.  A confrontation between Israel and Hamas sparked by weeks of tensions in contested Jerusalem escalated Tuesday as Israel unleashed new airstrikes on Gaza while militants barraged Israel with hundreds of rockets. (AP Photo/Heidi Levine)

Sanders, who twice ran for president as the Democratic candidate, has long been a critic of Israel. On the 2020 campaign trail, Sanders proposed leveraging military aid to Israel to push for a change in its policies toward Gaza.

People insect the rubble of the Yazegi residential building that was destroyed by an Israeli airstrike, in Gaza City, Sunday, May 16, 2021.  (AP)

"My solution is to say to Israel: ‘You get $3.8 billion every year. If you want military aid, you’re going to have to fundamentally change your relationship to the people of Gaza,’" Sanders said in October 2019. "In fact, I think it is fair to say that some of that should go right now into humanitarian aid."

HOW IS IRAN INFLUENCING THE CONFLICT BETWEEN ISRAEL AND HAMAS?

The latest outbreak of violence began in east Jerusalem last month, when Palestinians clashed with police in response to Israeli police tactics during Ramadan and the threatened eviction of dozens of Palestinian families by Jewish settlers. A focus of the clashes was the Al-Aqsa Mosque, a frequent flashpoint located on a hilltop compound revered by both Muslims and Jews.