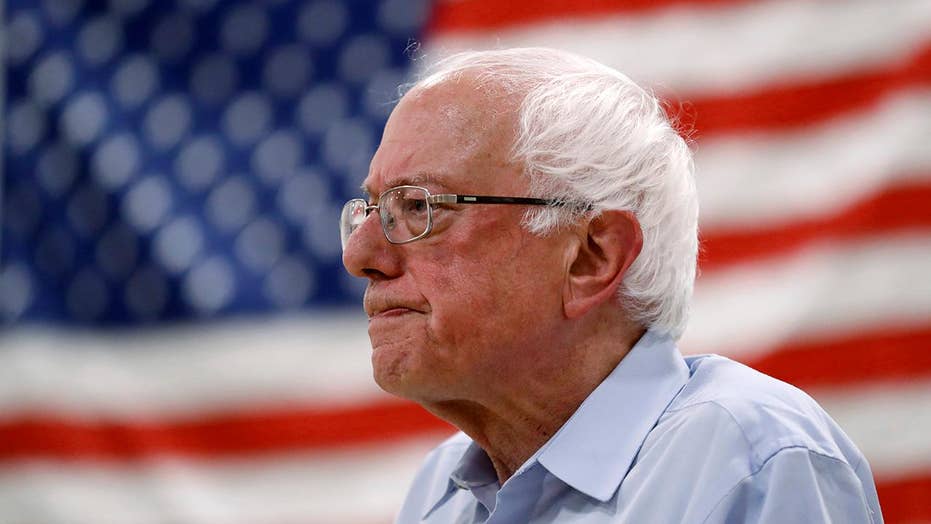 Sen. Bernie Sanders, I-Vt., on Tuesday compared the push to combat climate change to the response to the attack on Pearl Harbor as he unveiled legislation that would declare a “climate emergency" and demand a massive-scale mobilization to tackle it.

“In some ways...I’m reminded today in terms of the crisis that we face in climate change about where the United States was in 1941 when it was attacked at Pearl Harbor, and what happened at that point, having to fight a war on two fronts in the East and in Europe, the United States came together and within three years it had created the type of armaments program that was necessary to, in fact, win the war,” he said in a conference call with reporters.

He went on to argue that fighting climate change was do-able, but it needed greater political will in Washington D.C. -- particularly from President Trump, whom he called ignorant on the issue.

“So I don’t think the issue here isn’t that we can’t address this problem, i think we can, I think we know exactly what has to be done, and that is massive investment in sustainable energy, massive investments in energy efficiency, transform our transportation system, we know what has to be done, but the problem is the lack of political will,” he said.

He made his remarks as he, along with Reps. Alexandria Ocasio-Cortez, D-N.Y., and Earl Blumenauer, D-Ore., was set to introduce a non-binding resolution in Congress to declare a “climate emergency" that calls for a "massive-scale mobilization to halt, reverse, and address its consequences and causes."

Ocasio-Cortez said that the U.S. has fewer than 12 years to act to combat the crisis, and echoed Sanders’ sentiment that it was a question of political will, rather than how to act.

“We know that the scientific consensus is here, the solutions are right in front of us but...this is not just a scientific crisis, not just an environmental crisis, a climate crisis but this is a political crisis of inaction, and it’s going to take political will, political courage in order for us to treat us this issue with the urgency that the next generation needs in order for us to preserve our way of life and preserve our planet as much as we possibly can," she said.

The resolution calls for a wide-scale mobilization to combat the emergency and restore the climate “for future generations.”

The resolution, according to the outlet, details how climate change impacts public health and the national security of the U.S., though it doesn’t make any exact recommendations for how to address the so-called emergency.

The latest declaration from Democrats comes after Ocasio-Cortez’s signature Green New Deal, a sweeping Democratic proposal for dealing with climate change, failed a test vote in the U.S. Senate in March, with 42 Democrats and Sanders voting “present.”

Rep. Greg Walden, R-Ore., the top Republican on the House Energy and Commerce Committee, dismissed the resolution as a political stunt.

“After six months in the majority, House Democrats have made no legislative progress on addressing climate change; so, they’ve resorted to political stunts. Where are the results? If the Green New Deal is their solution, then they should hold a hearing," he said in a statement. "Congressional hearings with climate change in the title is not progress; let’s work together on commonsense solutions to produce real results. We need to continue our thoughtful and measured approach to reduce our emissions, boost clean energy production, and protect America’s economy and workers.”

Both the New York Democrat and her colleagues decried Senate Majority Leader Mitch McConnell’s move to bring the Green New Deal up for a vote, saying the Republicans purposely rushed the vote while McConnell said he only wanted Democrats to go on record to support the sweeping proposal that he himself called “a radical, top-down, socialist makeover of the entire U.S. economy.”