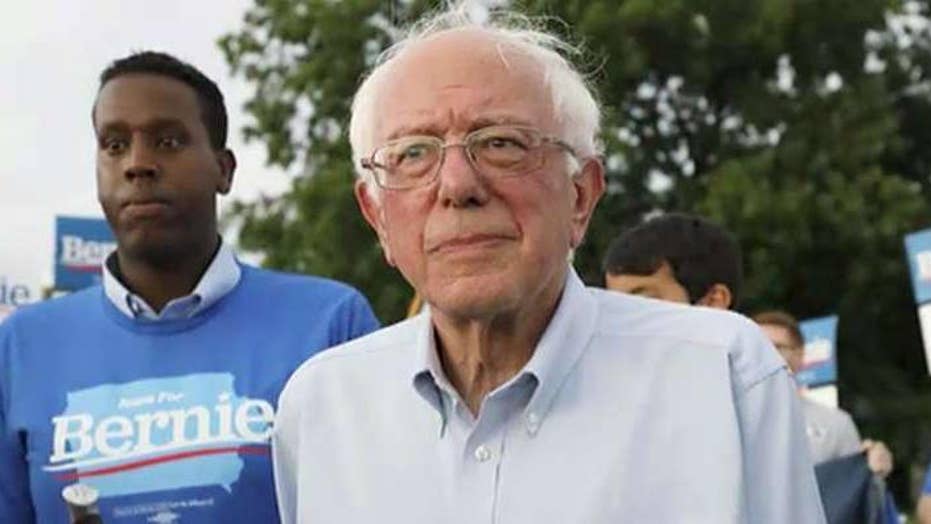 Democrat presidential candidate Bernie Sanders announced this weekend he will cut staffers' hours so that they can effectively be paid a $15-an-hour minimum wage, prompting mockery from critics who say the move is more evidence that Sanders' plan to raise the national minimum wage is hypocritical and would only lead to less work and more unemployment.

The Washington Post first reported last Thursday that Sanders' field staffers were upset that Sanders championed a $15 minimum wage on the campaign trail, and made headlines for railing against major corporations who pay "starvation wages" -- even as his own employees made "poverty wages."

"It does bother me that people are going outside of the process and going to the media," Sanders added. "That is really not acceptable. It is really not what labor negotiations are about, and it's improper."

He went on to say that the union contract "not only provides pay of at least $15 an hour, it also provides, I think, the best health care benefits that any employer can provide for our field organizers."

Reaction from commentators and lawmakers was unsparing.

"For the first time in his life, socialist Bernie Sanders practices economics and, buddy, the results are hilarious," wrote columnist and humorist Stephen Miller. He added: "Why won’t millionaire Bernie Sanders, who owns 3 homes, instead of cutting hours, pay his staff a living wage? People are starving." 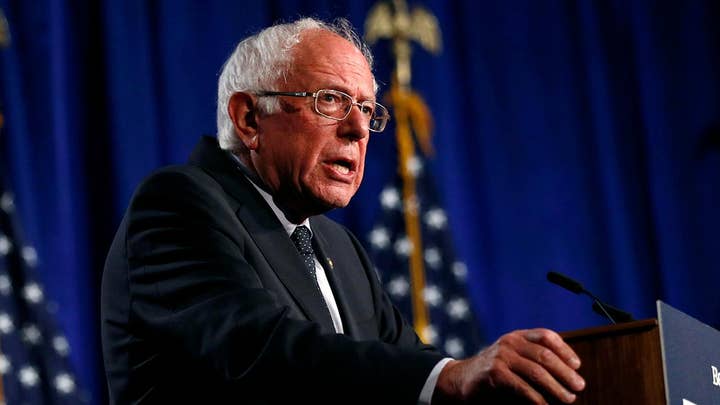 Texas Republican Rep. Dan Crenshaw lambasted the discord in the Sanders' campaign -- which has been struggling in post-debate polls -- as beyond parody.

"So does this fall under the category of hypocrisy, irony, or poetic justice?" Crenshaw asked. "All three? Can’t make this stuff up."

Others pointed out that the change would not mean an increase in pay for Sanders' employees, and argued the move was merely a "cynical" way for Sanders to technically meet their demands rather than actually pay them more money.

"This situation is an instructive example of the downside of more than doubling the minimum wage," wrote The Blaze's Aaron Colen. "Companies don't just suddenly get more money to pay employees. They have to make tough decisions; usually either cutting hours, or worse, cutting staff."

LIZ PEEK: HOW BERNIE SANDERS WILL BE TO BLAME IF DEMS LOSE BIG IN 2020

Republican leaders have said a minimum wage hike would be “devastating” for middle-class families, citing CBO research finding that the minimum wage hike would also reduce business income, raise consumer prices and reduce the nation’s output. Overall, the CBO said the move would reduce real family income by about $9 billion in 2025 -- or 0.1 percent.

Tucker: Democratic voters don't really have a lot of choices

The episode underscored a key vulnerability that has dogged Sanders' campaign for months, and which intensified after Sanders released ten years of his tax returns earlier this year. The documents showed Sanders and his wife paid a 26 percent effective tax rate on $561,293 in income, and made more than $1 million in both 2016 and 2017.

Meanwhile, according to a letter from campaign staffers to Sanders campaign manager Faiz Shakir, workers were being "expected to build the largest grassroots organizing program in American history while making poverty wages."

“Given our campaign’s commitment to fighting for a living wage of at least $15.00 an hour,” the letter continued, “we believe it is only fair that the campaign would carry through this commitment to its own field team.”

Sanders admitted in a combative Fox News town hall in April that "you're going to pay more in taxes" if he becomes president.