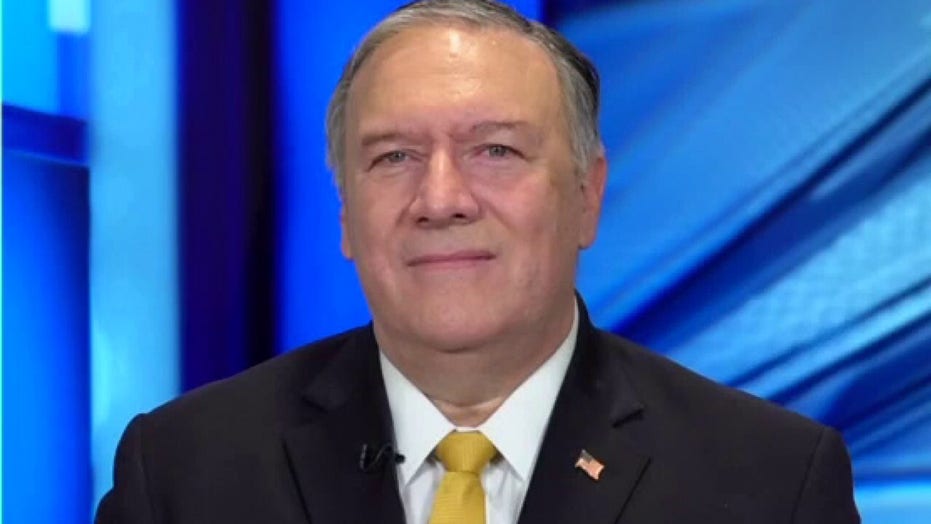 Risk of something else leaking from Wuhan lab ‘very real’: Mike Pompeo

Rep. Ben Cline, R-Va., on Thursday introduced an amendment asking President Biden to declassify intelligence linking the Wuhan Institute of Virology to the origins of COVID-19.

Officials revealed in May that several workers at the Wuhan Institute of Virology fell ill in mid-November 2019, about a month before the first COVID-19 case was reported in the Chinese city, giving new credibility that the virus may have accidentally leaked from the lab and prompting demands for long-awaited answers about the origins of the pandemic.

"From the very beginning, the Chinese Communist Party covered up the severity of the COVID-19 pandemic and hindered investigations at every turn," Cline said in a Thursday statement. "Life as we know it was put on pause for more than a year, and the American people, as well as the rest of the world, deserve answers. If there is any intelligence related to the origins of the pandemic, it must be released to ensure both transparency and accountability."

Cline introduced the amendment in the State and Foreign Operations Appropriations bill. Republican Sens. Josh Hawley and Mike Bruan introduced similar legislation in April, forcing the Biden administration to declassify intelligence related to the origins of the virus after it passed in May.

The Virginia congressman also introduced an amendment to retain U.S. funding for the World Health Organization until Secretary of State Antony Blinken certifies that the organization was fair and transparent in its investigation into the origins of COVID-19.

The State Department acknowledged in January 2021 the "United States government has reason to believe that several researchers inside the WIV became sick in autumn 2019." It found that they'd experienced symptoms consistent with both COVID-19 "and common seasonal illness."

The Wuhan Institute of Virology, which is one of China’s top virus research labs, built an archive of genetic information about bat coronaviruses after the 2003 outbreak of Severe Acute Respiratory Syndrome and has faced criticism over its transparency throughout the pandemic.

More than 200 House Republicans have called on Speaker Nancy Pelosi to direct committee chairs to investigate the origins of the virus and devote congressional investigatory resources to examining claims that the novel coronavirus pandemic stemmed from a lab leak at the Wuhan Institute of Virology which the Chinese Communist Party "covered" up.