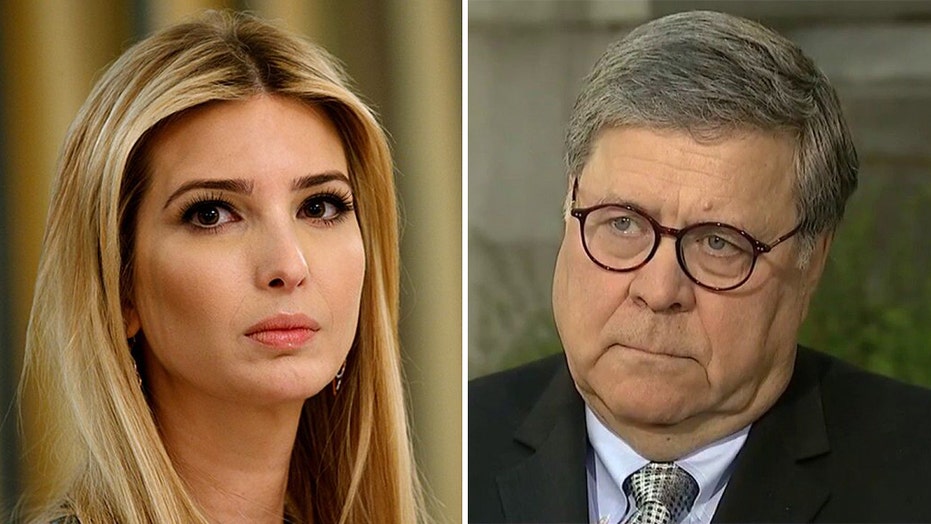 Attorney General William Barr and Ivanka Trump announced Tuesday that the Department of Justice (DOJ) is awarding over $35 million to provide housing and services to victims of human trafficking.

The grants will go to 73 organizations to provide between six months and two years of transitional housing assistance for trafficking victims. They will also fund support to help victims find permanent housing and employment as well as occupational training and counseling.

“In the midst of the COVID-19 pandemic, combating human trafficking in the U.S. and abroad is critical work. DOJ’s grant recipients are on the frontlines of this fight, ensuring that survivors across our country are afforded safe and stable housing and empowered with the support and resources they need to rebuild their lives,” said Trump, advisor and daughter to the president, in a statement. Trump has made human trafficking a focal point of her work.

“Throughout this Administration, the Department of Justice has fought aggressively to bring human traffickers to justice and to deliver critical aid to trafficking survivors. These new resources, announced today, expand on our efforts to offer those who have suffered the shelter and support they need to begin a new and better life,” said Barr in a statement.

The DOJ’s Office of Justice Programs (OJP), Principal Deputy Assistant AG Katherine Sullivan explained that offering housing was particularly crucial for victims of human trafficking. “Human traffickers dangle the threat of homelessness over those they have entrapped, playing a ruthless game of psychological manipulation that victims are never in a position to win,” she said.

"I signed nine pieces of legislation into law that directly prevent human trafficking, and we're just getting started," President Trump said in January.

During a trip to Atlanta in January to visit nonprofit groups that help victims, Ivanka Trump compared trafficking to "modern-day slavery" and said the White House is committed to ending it.

Human trafficking is believed to be one of the largest-scale crimes in the world, with 24.9 million people trapped by human traffickers who make more than $150 billion in annual profit for the industry, she said earlier this year, adding that there are no demographic limitations to human trafficking, which exploits society's most vulnerable populations.