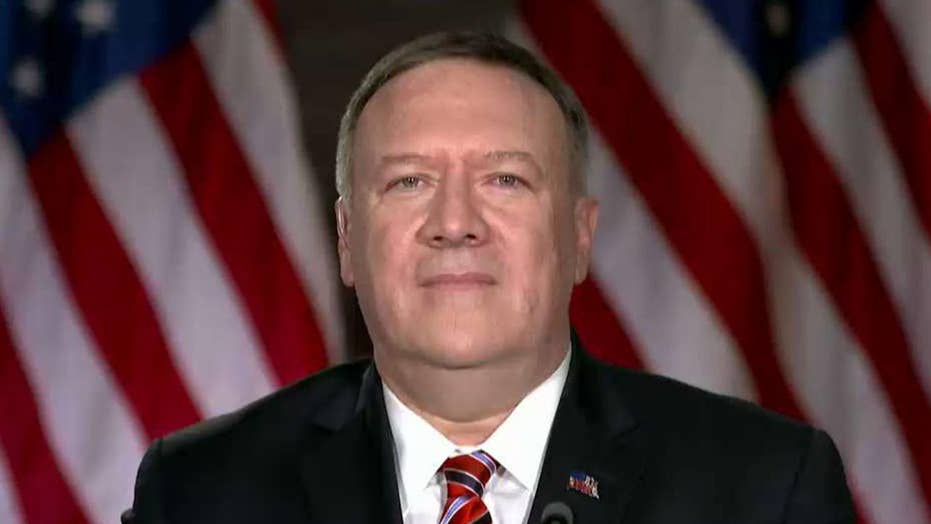 The comments came after growing questions about what led to the Jan. 3 airstrike that took out Gen. Qassem Soleimani, head of the Islamic Revolutionary Guard Corps’ elite Quds Force.

Democrats have criticized Trump’s decision to conduct an airstrike, claiming he did not properly notify Congress in advance and warning about the risk of escalating violence in the region.

“The Department of Justice was consulted and frankly I don’t think it was a close call,” the attorney general said. “I believe the president clearly had the authority to act as he did on numerous different bases.”

During an appearance on Fox News’ ‘The Ingraham Angle,’ Trump said the airstrike that killed Soleimani was a deterrence to an imminent threat from Iran that involved planned attacks on four U.S. embassies.

Asked specifically what was targeted, Trump responded: “We will tell you that probably it was going to be the embassy in Baghdad.”

But the scale of the supposed threat was called into question Sunday after Defense Secretary Mark Esper said he hadn’t seen hard evidence that four American embassies were under possible threat.

“I didn’t see one with regard to four embassies,” Esper told reporters. Asked whether he thought Trump had embellished the threat he said: “I don’t believe so.”

As the debate over the threat level continued Monday, Trump went on the defensive, blasting the “Fake News Media and their Democrat Partners” for trying to determine whether a future attack by Soleimani was “imminent,” and whether the Trump administration was in agreement over the airstrike.

“The answer to both is a strong YES., but it doesn’t really matter because of his horrible past!” Trump tweeted.

Speaking to reporters outside Air Force One later Monday, Trump referred to Soleimani as the “number one terrorist in the world” and “a very bad person” who “killed lots of Americans, killed a lot of people.”

“When Democrats try to defend him, it’s a disgrace to our country. They can’t do that,” Trump said. “And let me tell you, it’s not working politically very well for them. We killed the number one terrorist in the world, Soleimani, and it should have been done 20 years ago.”

Separately, a senior State Department official told Fox News, “We still have concerns about Iranian proxy groups in the region... The United States has made clear that we plan on being disproportional in our response to Iranian aggression.  That hopefully... will result in the deterrence that we’re looking for.”