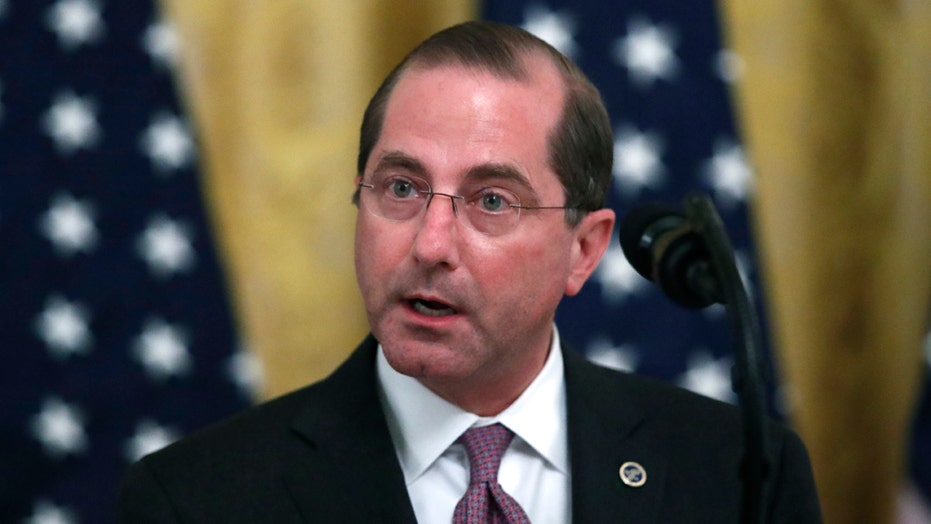 Health and Human Services (HHS) Secretary Alex Azar said it’s “irresponsible” to suggest politics are at play in the race to approve a coronavirus vaccine.

During an appearance Thursday on CBS, anchor Tony Dokoupil said that “people are worried politics is leading” after the Centers for Disease Control (CDC) issued a letter to governors to be prepared for a vaccine by Nov. 1. He asked if the date had any relation to the election set for two days later.

“It’s very irresponsible how people are trying to politicize notions of delivering a vaccine,” Azar said. “We already have a significant challenge in this country with vaccine hesitancy.”

Pressed on whether the target date was merely “a coincidence,” Azar asserted it had nothing to do with elections.

“You’d have to ask Dr. Messonnier, because that came out of the career people at CDC working to do the planning here,” he said. “It has nothing to do with elections.” Dr. Nancy Messonnier is  the agency’s director of the National Center for Immunization and Respiratory Diseases.

Some have expressed concerns that the administration might pressure the FDA to fast-track approving a vaccine before the 2020 election. FDA Commissioner Stephen Hahn and federal health officials have sought to quell such rumors and assure the public that the eventual vaccine will be safe and effective.

At a news briefing Thursday, White House press secretary Kayleigh McEnany insisted that “no one is pressuring the FDA to do anything.”

“This president wants to break through regulatory barriers to get a vaccine to the American people as quickly as possible because lives are at stake,” she said. “But he will not in any way sacrifice safety and making sure that this is 100 percent airtight for the American people [who] receive it.”

Dr. Anthony Fauci also told CNN that Americans should not worry that politics are speeding up the vaccine timeline. “I think that we can have some confidence and have faith in what the FDA is saying,” Fauci said.

In an NBC appearance, Fauci predicted a safe and effective vaccine before the end of the year.