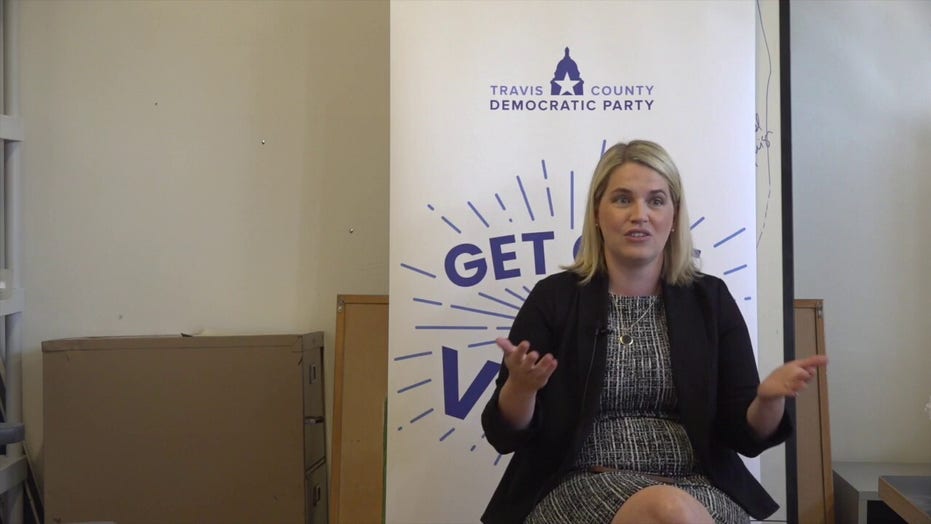 AUSTIN, Texas – Amid nationwide protests seeking police reforms last summer, the Austin, Texas, city council decided to cut about one-third of its police budget – the largest cut of any major city in America.

Councilman Greg Cesar, a progressive who spearheaded the push to cut funding, said the vote offered a moment to "celebrate what the movement has achieved for safety, racial justice and democracy."

But since the budget cut, Austin has gotten much less safe. According to statistics compiled by the data analysis firm AH Datalytics, the city has seen a nearly 71% increase in homicides over the past year. While homicides have increased nationwide since 2020, Austin’s increase is one of the largest the firm has tracked.

The funding cuts brought with them a series of changes to the Austin Police Department. Cadet classes were canceled, making it more difficult to bring more officers onto the force. Certain specialized units were cut back. Attrition soared. By May 2021, police staffing shortages led to a 30% increase in 911 response times.

"Recently, the Austin Police Department asked the public here to start calling 311 instead of 911 for a host of emergencies and certain crimes, citing, in part, the staffing shortage that they have. They just simply don’t have the manpower," Lars Trautman, national director of Right on Crime, told Fox News.

In August, the council – under pressure from a rise in violent crime and a new state law that penalizes cities that defund the police – reversed course on its cuts, approving a substantial increase in police funding.

But activists at Save Austin Now think it’s too little, too late. They successfully worked to put a referendum, Proposition A, on the ballot, with a special election set for Tuesday. The measure would require the city to maintain two police officers per 1,000 residents (Austin is currently around 1.6), promote additional training and offer incentives to recruit officers who speak additional languages.

"People here locally do not want to fund defund-the-police efforts. They do not want to defund the police," Save Austin Now co-founder Matt Mackowiak, who is also a long-time Republican activist, told Fox News.

Matt Mackowiak, Chair of the Travis County Republican Party and founder of Save Austin Now, the group behind Prop A

It would be easy to think Save Austin Now is tilting at windmills, given that the city is known for its progressive values. But despite opposition from most local politicians and progressive activists, voters in the spring supported a ban on on homeless encampments – another Save Austin Now effort.

The battle lines around Proposition A are similarly drawn.

The Travis County Democratic Party and dozens of progressive organizations have formed No Way On Prop A, a coalition that argues that shifting tens of millions of dollars into police staffing and hiring would undermine other city priorities. Their signs, which dot left-leaning neighborhoods across Austin, implore voters to "protect Austin parks & libraries" by voting against the measure.

"What they are trying to do is create an unfunded mandate that … would then defund our schools, defund our libraries, defund our parks and EMS and fire," Travis County Democratic Party chair Katie Narjanjo told Fox News.

Katie Naranjo, Chair of the Travis County Democratic Party explains why she and other members of No Way on Prop A oppose the referendum.

There’s also the question of whether funding alone could solve the police staffing problems.

"APD has a hiring problem. They don’t have a funding problem," Naranjo said. "And so I do support them being fully staffed. At the same time, they don’t need the additional officers or the additional funds if they can’t even staff the positions they have now."

Recently, the Spokane County Sheriff’s Office put up a billboard advertising a $15,000 signing bonus to lure Austin police officers away. Indeed, eastern Washington would likely offer a friendlier climate to officers than Austin, which saw substantial rioting aimed at officers in 2020. It’s not clear that handing the department a bigger budget would solve staffing problems alone if Austin’s political climate is seen as unfriendly to potential police recruits.

In early October, the Austin Firefighters Association came out against Proposition A. AFA President Bob Nicks is no anti-police ideologue. He is sympathetic to the police, and he told Fox News about how his own son, who is also a firefighter, was attacked with firecrackers during the anti-police riots.

But he worries the referendum would harm his department.

"The problem is the law is poorly written and will literally eviscerate other public safety entities," Nicks said.

Donald Baker, the police association's secretary, disagreed, arguing that there’s more than enough money in the budget to fund Proposition A.

"Will the city council have to look at some of their pet projects and some of their other discretionary spending and decide they want to put that money back into the police services? Yes, they will." Baker said.

Virtually every Austin resident Fox News spoke with said violent crime was a problem, but they differed on whether beefing up the APD would make things better.

Tardrick Fowler Sr. lost his son to gun violence last year. The police ruled the death a suicide, but Fowler didn’t trust the investigation. He’s worried about the level of gun violence in Austin, but he is skeptical that adding more officers will help make Austin safer.

"They don’t even know us. The majority of them are White," he told Fox News, saying the police lack connection to his community.

Debate around the role of policing amid a record jump in homicides is raging around the country.

A recently released Pew survey found that 47% of Americans think police spending in their area should be increased, while 37% say it should stay around the same. Just 15% supported cutting police funding.

The survey also found that Black and Hispanic Democrats were more likely than White Democrats to support increased funding for local police.

Mackowiak, the Save Austin Now co-founder, is optimistic about Proposition A’s chances at the ballot box.

"It’s a simple, balanced, thoughtful, reasonable proposal, and I do believe it will pass," he said.