A West Point graduate and Army veteran ripped Rep. Steve Cohen, D-Tenn., for floating the conspiracy theory that the National Guard troops deployed to Washington, D.C., for the inauguration pose a threat to President-elect Joe Biden.

When Hunt was on active duty, he had an opportunity to serve with the men and women of the National Guard. He called them "incredible" and noted that they have jobs outside of their military service.

TRUMP SUPPORTERS IN NATIONAL GUARD MIGHT 'DO SOMETHING' TO BIDEN, DEM CONGRESSMAN SAYS

Rep. Steve Cohen, D-Tenn., ominously suggested Monday that Donald Trump supporters within the National Guard charged with helping protect Joe Biden "might want to do something" to the president-elect. 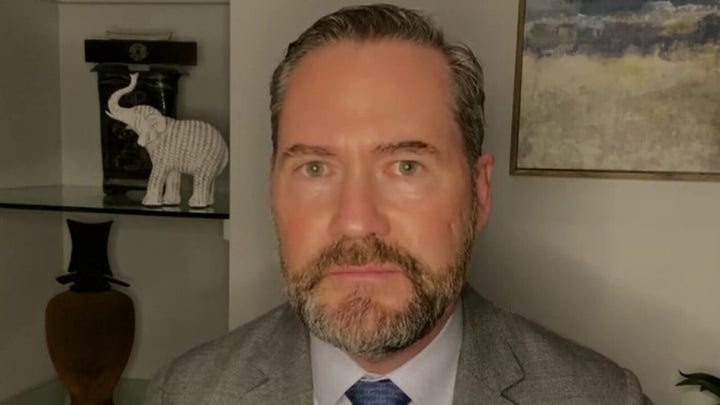 In an unprecedented show of security, 25,000 National Guard troops have been deployed to Washington, D.C., to protect Biden's inauguration this week. The city is on edge after a pro-Trump mob stormed the U.S. Capitol on Jan. 6, disrupting the certification of Biden's Electoral College victory and resulting in several deaths. The FBI is vetting Guard service members charged with protecting the Capitol this week.

Cohen told CNN he had been reminded that former India Prime Minister Indira Gandhi was assassinated by her own bodyguards and said any Trump supporters within National Guard units were suspicious.

"And honestly, that’s a lot more than I can say about Congressman Cohen. I don’t know if he has ever served because he is doing a tremendous disservice to his constituents, to this country, sowing such division. It’s absolutely ridiculous," Hunt said.

Hunt went on to say, "What he was doing he was taking a legitimate report from our intelligence sources and he was exploiting it to try to score some type of weird political points, trying to dunk on our military service members. I mean, it is completely embarrassing. I hope his constituents are taking note. And I hope that they send him packing come the next election cycle because we just don’t need this anymore. If you are in elected office and trying to sow such ridiculous theories, you need to go. You have no business leading this country."