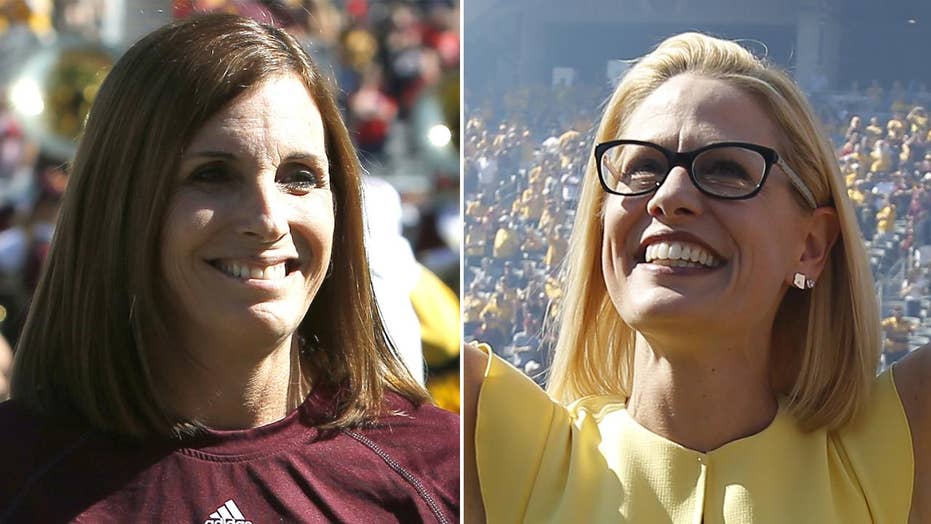 But two days after the midterm elections, Green – who, fittingly, ran as the Green Party’s candidate – is making belated headlines as she could end up being a deciding factor in who wins.

The airtight race has not yet been called. With around 99 percent of precincts in the Grand Canyon State reporting as of Thursday afternoon, McSally led Sinema by around 17,000 votes, but Sinema pulled ahead by just 2,000 votes late Thursday. By 8:00 p.m. ET, Sinema's lead had expanded to 9,600.

With approximately 400,000 mail-in ballots yet to be counted, the outcome of the contest remains in doubt.

Angela Green has received nearly 39,000 votes, despite the fact that she dropped out of the race before Election Day and threw her support behind Sinema.

Green's campaign already is fending off accusations of playing a "spoiler" role -- accusations sure to grow louder if Sinema indeed loses the race by a smaller margin than Green's vote total.

“I know the Democrats think all 3rd party voters would’ve chosen them, but I’m sorry to say that’s just not the case. Same goes for the Republicans,” she wrote on her campaign website. “No 3rd party candidate should have to endure accusations of being 'spoilers' just because the 'winner takes all' two party system is severely broken. This is a complete travesty. It’s time for change.”

Green's campaign did not respond to a request from Fox News for comment.

Despite suspending her campaign, Green's name remained on the ballots, which were already printed and shipped to polling locations.

“Angela Green, you should have quit much earlier for the good of the state and country,” one person wrote on Green’s campaign’s Facebook page. “You knew a Green would never win in AZ. You should have thrown your support behind Sinema weeks ago. You quit one day Before early voting was over!!”

Green said in her statement: “I knew I wasn’t going to win, so being a true candidate for the people and not the politics, I felt that if I withdrew and could endorse a candidate closest to the ideas and views of those whom I represent, then at least I can feel as though this withdrawal from the Senate race will not be in vain.” 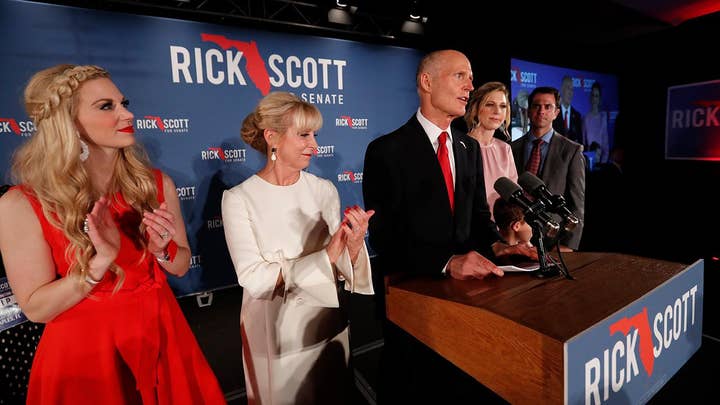 The situation could represent a cruel twist of fate for Sinema, who started her own political career running for the Arizona House of Representatives in 2002 as an independent affiliated with the Arizona Green Party. McSally and her GOP allies often tried to use Sinema's past against her, casting her as a far-left politician masquerading as a moderate.

Sinema did not respond to Fox News’ request for comment.

Political strategists in Arizona offered mixed opinions on what role Green will ultimately play in deciding who will be the state’s next senator.

Kurt Davis, a Republican consultant, dismissed the notion of Green as a spoiler for the Democrats and said that disaffected voters tend to sit out the elections.

"Most of those voters would have either chosen not to vote for either and if they didn't have that (Green Party) choice, they would have passed that race up on the ballot ... These are highly disaffected voters who don't like either of the parties,” Davis told the Arizona Republic. "It's much ado about nothing."

Lisa Fernandez, a Democratic consultant also speaking to the Arizona Republic, said that there are still thousands of votes that need to be counted and it is too early to speculate over Green’s role in the race.

"There are just so many votes that need to be counted, I don't know that we can say for certain why a candidate lost," she said.

Arizona GOP officials sent mailers to Democratic voters during the campaign that highlighted Green's liberal views and tied her to Vermont Sen. Bernie Sanders., in a roundabout bid to convince them to support her instead of Sinema.