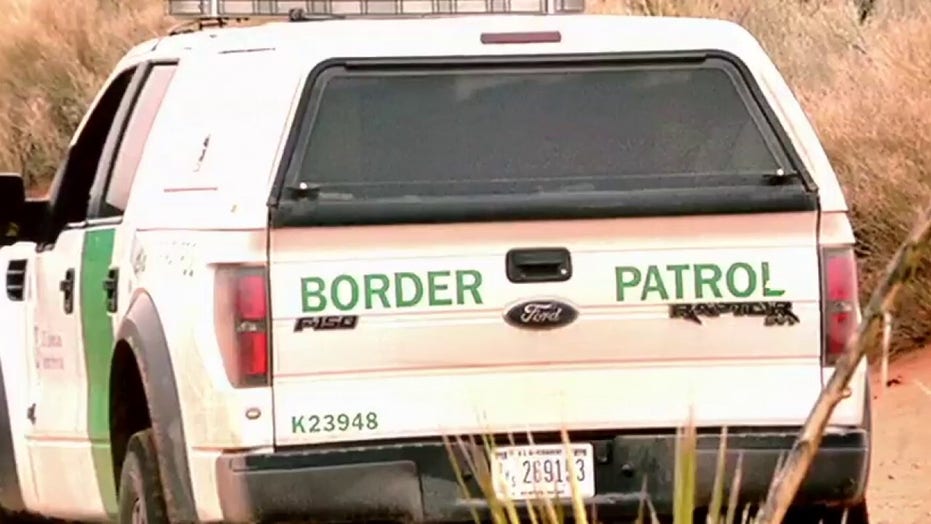 US released over 375,000 illegal immigrants in 2019 who claimed to be part of family units

Arizona Gov. Doug Ducey and Republican lawmakers have pulled a contentious proposal to enshrine a ban on so-called “sanctuary cities” in the state constitution.

The decision announced late Thursday comes on the eve of a House hearing on the proposal the Republican governor asked lawmakers to send to voters. A Senate hearing last week erupted in shouting and resulted in the removal of activists who called the proposal racist.

“We can confirm that legislation related to a constitutional ban on sanctuary cities will not receive additional consideration this session — a decision made jointly by legislative leadership and the Governor,” the statement said,. “Sanctuary cities are illegal in Arizona. It will remain that way, and our members will remain vigilant to keep these bad policies out of Arizona.”

The proposal announced by Ducey during last month's State of the State address brought back warnings from Democrats about the return to “one of the darkest years in Arizona history” — referencing the 2010 passage of the law known as SB1070, which was designed to crack down on illegal immigration.

The courts upheld the law’s ban on sanctuary policies and its key feature: a requirement that police officers, while enforcing other laws, question the immigration status of people suspected of being in the country illegally. Other provisions of the landmark law — such as a requirement that immigrants carry registration papers — were barred by the courts.

The governor had a testy exchange with reporters earlier Thursday who pressed him on what was a clear change in his yearslong practice of discouraging divisive immigration legislation. He said he had not changed his stance and shrugged off concerns that boycotts and loss of business that followed passage of SB1070 would occur again.

Ducey cites as his motivation now a ballot measure to create a sanctuary city in Tucson last November that was widely rejected by voters. City leaders in the Democratic stronghold cited SB1070's ban and the potential loss of state and federal dollars in campaigning against the effort.

Democratic Sen. Martin Quezada said Thursday that Ducey has made a major political miscalculation and that's why he was dodging questions on “a huge change” in policy. He predicted a fast retreat by the governor.

“I think he saw what happened in Tucson and he thought ‘Hey, this is low-hanging fruit and I can slam- dunk an issue that’s really big with the Trump crowd and with the extreme element of his political base, and it’s going to pass easily if it gets to the ballot,' ” Quezada said before the decision to pull the proposal was announced. “He didn’t really think it through, because the reality is the people in general are kind of sick of this stuff, and I think he’s going to start backtracking very soon.”

On Thursday afternoon, the governor showed no hint that he would back down, or that he had changed his position on avoiding contentious immigration issues that had damaged the state's economy and reputation a decade ago.

Ducey spent his first years in office working to repair the state's reputation and business ties with Mexico.

“There is no change. This has been consistent,” he said. "I’ve been promoting Arizona, making sure I’ve differentiated us from California at every turn. Lower taxes, lighter regulation, public safety, border security. We’re anti-drugs, human trafficking, child sex trafficking. These are all policies I’ve been doing for five years.

“I’ve been against sanctuary cities, and it's not a sea change.”