It's doubtful the developing immigration crisis at the border will be fixed unless members of the Biden administration check it out firsthand, Arizona Attorney General Mark Brnovich told "Sunday Morning Futures."

"I think it’s important for federal officials to actually come to the states to see and hear and feel what’s actually happening on the ground," he said.

The AG explained that this mindset is similar to what Vice President Kamala Harris preached on the 2020 campaign trail about "the need to get out." Brnovich formally invited the VP to tour the border on April 2nd, with no response as of yet.

"I am encouraging, whether it’s the vice president or Secretary Becerra, to come here," he said. "Talk to the border patrol agents. Find out what’s going on…When you talk to the agents, as we have, they will tell you that this is the worst they’ve seen in two decades." 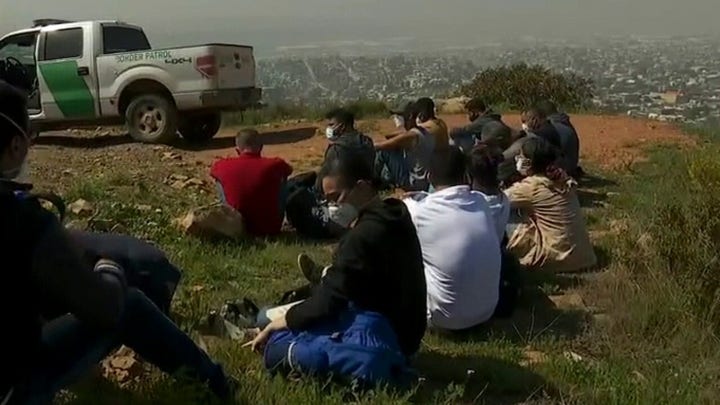 Brnovich and his team have filed two lawsuits against the Biden administration for immigration management, as well as other lawsuits related to the president’s order shutting down the Keystone XL Pipeline and Treasury Secretary Janet Yellen’s policy on state tax cuts.

"There is a slew and a plethora of lawsuits that have been filed, and me and my colleagues are working now on comments to the proposed rules that the Biden administration is making on guns," he said.

By challenging the administration on immigration, Brnovich said he hopes to achieve the reinstitution of deportations and re-installment of the public charge rule - encouraging government officials to think twice before allowing certain illegal immigrants public benefits.