Cain reacted to a tweet by the New York Democratic Congresswoman claiming that the lack of pursuit of the Green New Deal resulted in Texas' infrastructure failures.

"That's nonsense. So what I just gave you is what's happened in Texas over the past week and what led up to it, Texas being unprepared for this once-in-30-year event. But then you ask yourself, how can we get prepared? How can we be ready for something like this in the future?" Cain told "The Faulkner Focus."

Cain said that the government has been "subsidizing billions of dollars into wind energy for "quite some time."

An op-ed by the Wall Street Journal argued that the "overreliance on wind power" led to the Lone Star State's failure as temperatures dropped into single digits, leading to a massive surge in demand that overloaded the system.

"The problem is Texas’s over-reliance on wind power that has left the grid more vulnerable to bad weather," the article stated.

"Half of wind turbines froze last week, causing wind’s share of electricity to plunge to 8% from 42%. Power prices in the wholesale market spiked, and grid regulators on Friday warned of rolling blackouts. Natural gas and coal generators ramped up to cover the supply gap but couldn’t meet the surging demand for electricity—which half of households rely on for heating—even as many families powered up their gas furnaces. Then some gas wells and pipelines froze."

The article stated that there "was not sufficient baseload power from coal and nuclear to support the grid while baseload power is needed to stabilize the grid." 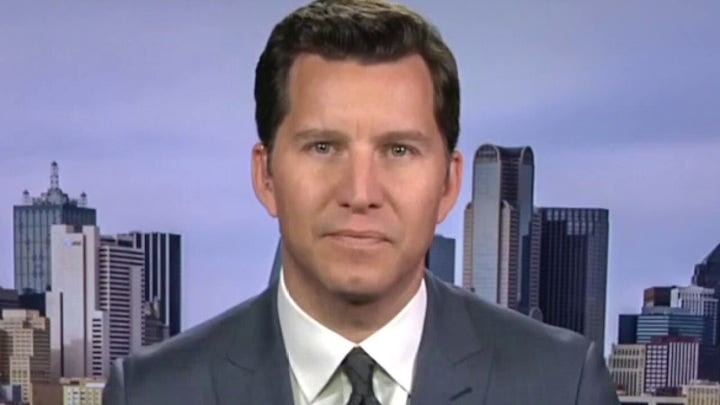 Cain said that Texas must shore up its supply of coal-fired and nuclear power, in addition to other forms of energy, rather than prioritize Ocasio-Cortez’s Green New Deal solutions.

"The point is ... help what you know you can count on: base power, natural gas, oil and gas. We are subsidizing the wrong things. And so AOC, let's finish this off with her, wants to lean into that."