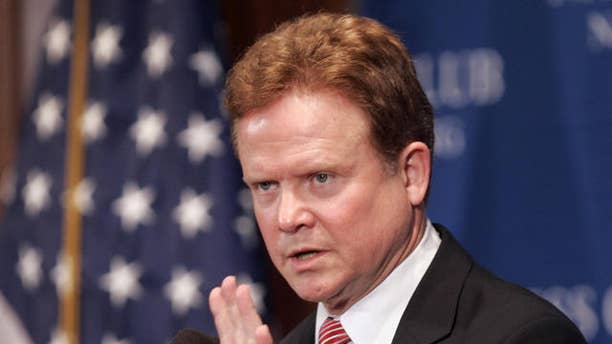 Sen Jim Webb, D-Va., on Friday questioned the wisdom of extending only a portion of the Bush tax cuts set to expire at the end of this year, joining a growing list of moderate Democrats expressing skepticism or out right opposition to allowing tax cuts for the well-to-do to expire in a recession.

"I don't think they ought to be drawing a distinction at $250-k," Webb told Fox, referring to Bush-era tax rates that are now lower for couples earning more than that amount.

It is this group, along with individuals making more than $200,000, that will be hit with a higher tax rate if the Obama Administration gets its way.

This would be a tremendous savings for the federal government, nearly $700 billion, according to White House officials, though Republicans, and some Democrats, have maintained that no taxes should be raised in a bad economy.

It is a fight that is set to play out as Congress returns from a month-long recess, and it is one being used in this turbulent campaign season.

One senior Senate Democrat, Jack Reed of Rhode Island, predicted Thursday that the debate would end in a stalemate.

With more and more Democrats coming out in opposition to restoring higher tax rates on the wealthy, including Nebraska's Ben Nelson on Thursday, it does, indeed, seem highly unlikely that the debate will be anything but a political exercise, assuring that a lame duck session will have to try to handle the issue or leave it to a new Congress.