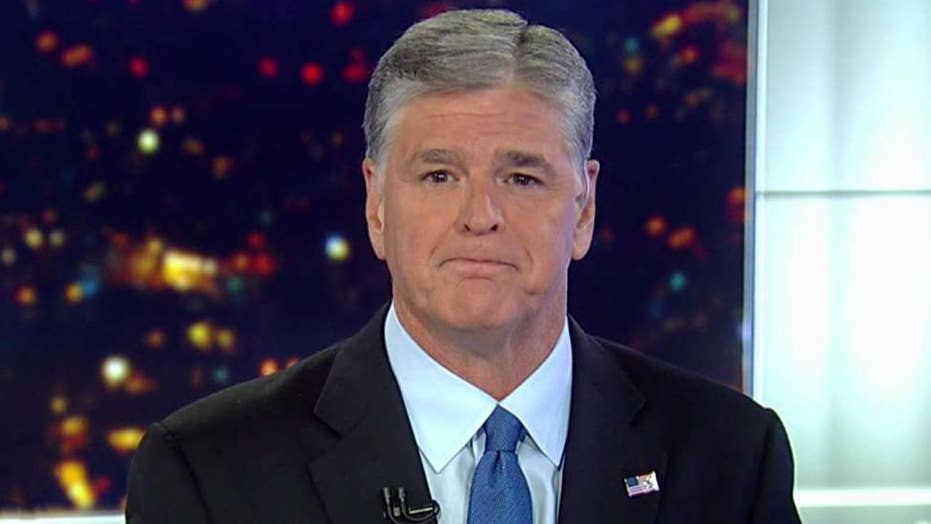 A scathing tell-all about President Trump entitled "A Warning" -- written by an anonymous administration official -- hit bookstores on Tuesday and alleges that Trump has repeatedly made derisive remarks about migrants, mimicking their accents and calling them "useless," according to excerpts of the book.

The book's author, who also penned a now-infamous op-ed in the New York Times in 2018 claiming that he or she was "part of the resistance" to undermine Trump-- wrote in the book of an instance where Trump mocked the flood of migrants coming across the border.

""We get these women coming in with like seven children," Trump told his listeners, briefly attempting a Hispanic accent. "They are saying, 'Oh, please help! My husband left me!' They are useless. They don't do anything for our country. At least if they came in with a husband we could put him in the fields to pick corn or something," an excerpt from the book read.

The anonymous writer also enumerated several other instances where Trump took fiery and flippant stances on major public or policy issues and called the president's outward stance on combatting corruption in Ukraine as "barely believable to anyone around him."

"The obvious corruption was in the Oval Office. The president had apparently learned nothing from the Mueller saga. Only we did. We learned that, given enouhg time and space, Donald J. Trump will seek to abuse any power he is given," the book reads.

The White House slammed the book ahead of its release and attempted to undermine the author's credibility because of their decision to remain anonymous.

“The coward who wrote this book didn’t put their name on it because it is nothing but lies," White House press secretary Stephanie Grisham said in a statement on Nov. 7. "Real authors reach out to their subjects to get things fact checked – but this person is in hiding, making that very basic part of being a real writer impossible. Reporters who choose to write about this farce should have the journalistic integrity to cover the book as what it is – a work of fiction."

Still, the author's book includes a number of colorful anecdotes and details about their tenure working at the White House, painting a picture of Trump as "uncomfortable" to be around.

In one instance, the author alleges that Trump asked his legal team to draft a bill to send to Congress that would reduce the number of federal judges across the country, a request that was ultimately ignored by staff members.

The book also talks about Trump's alleged derogatory demeanor towards women, asserting that he "comments on makeup. He makes jokes about weight. He critiques clothing. He questions the toughness of women in and round his orbit. He uses words like "sweetie" and "honey to address accomplished professionals."

The author also declares that less than halfway through Trump’s term “top advisers and Cabinet-level officials contemplated what might be called a midnight self-massacre, resigning en masse to call attention to Trump’s misconduct and erratic leadership,” but the plan was scrapped, adding that a lot of staffers had "draft resignation letters in our desks or on our laptops."

"I cannot overstate the consequences of reelecting Donald Trump," the author warned. "The Trump administration is an unmitigated catastrophe, and the responsibility rests entirely at his feet...I believe firmly that whatever benefits we may have gained from individual Trump policies are vastly outweighed by the incalculable damage he has done to the fabric of our republic. I cannot yet say who will turn the ship, but four more years of Trump could very well sink it."