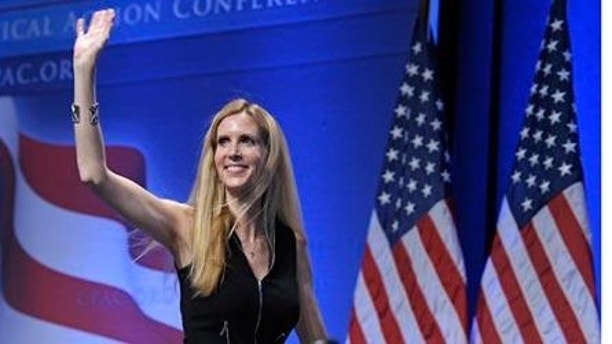 Conservative author Ann Coulter stands behind her change of heart over Mitt Romney.

At one time, Coulter, known for her brash take on politics, thought that Romney could not win in an election versus President Barack Obama. But now the firebrand politico insists the former Massachusetts governor is the most conservative GOP candidate-- with the best chance of beating Obama next fall.

The problem is that a year ago, at the Conservative Political Action Conference, Coulter wasn't so pro-Romney. In fact, Coulter told the audience, "if we don't run Chris Christie, Romney will be the nominee and we'll lose."

When asked about that, Coulter told Fox News, "I didn't hate Mitt Romney, I just thought that the only guy who could beat Obama back then was Chris Christie."

Coulter is a big fan of the New Jersey governor and was part of the movement urging him to run for president.

Coulter says the political climate has changed since then, and points to another FOX News interview, just months after CPAC, where she "retracted that prediction."

"I think it's going to be Romney, I think Romney is the strongest candidate and I think Republicans want to beat Obama and Romney is the best one to do that."

The Romney campaign has now famously used that sound bite in one of their TV ADs.

Not only has she endorsed Romney, Coulter now says he is one of the two most conservative candidates running for the Republican presidential nomination.

She groups Romney with Michele Bachmann because of their tough stances on "Obamacare" and illegal immigration.

Coulter insists those are the two most important issues facing the country, and if a conservative is not elected next November then the shift to Left would be pronounced and difficult to turn around.

"If we lose we will never get the country back, it will be gone. We will be Western Europe," Coulter says.

Coulter has also changed her mind about how tough it will be for Republicans to beat "No-Drama Obama."

In the height of the battle over Obama's health care plan, she felt the President had "a glass jaw.". But now, she insists he "has the entire mainstream media with him. He's this attractive president with an attractive family. He has the advantages of incumbency."