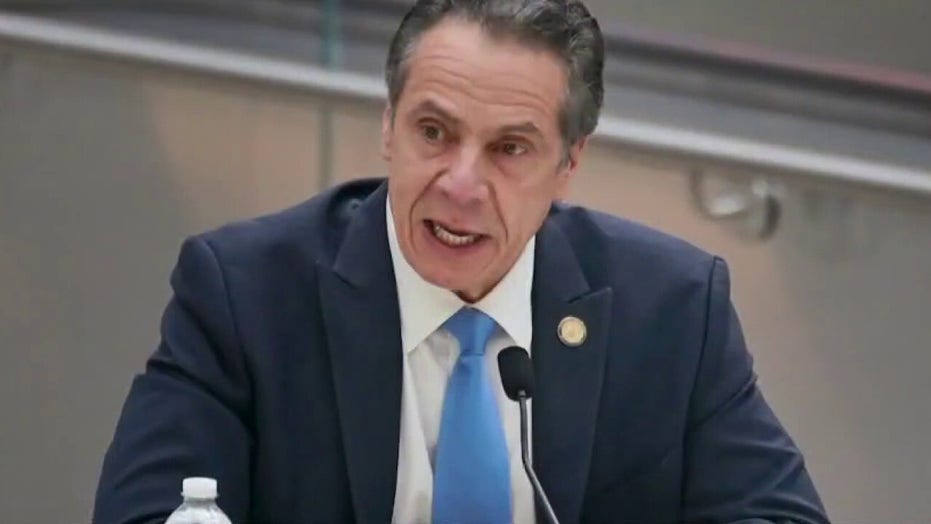 "There's a lot going on," Santabarbara told "Your World". "I believe, and many others believe that this distraction ... it detracts from the work that we have to do in Albany. And I think that for the good of the state, to allow us to move forward, he should resign."

Even before the sexual misconduct allegations, Cuomo was struggling to deal with the fallout from an admission by his top aide last month that the administration hid the actual numbers of nursing home deaths in the COVID-19 pandemic from lawmakers due to concern about a federal investigation.

"He hasn't had a COVID briefing in over a week now, so the question is, what is he doing? He's dealing with this crisis," Santabarbara said. "That's what he's doing. He was fighting with the [state] AG [Letitia James] over the past several days over who was going to investigate him. He wanted to have his hand in that."

"I think at this point, we have to keep all options on the table," Sanatabarbara added. "Certainly with everything that's happened, these new sexual harassment allegations, just add to the distraction in Albany right now. This is a time when we're supposed to be doing a budget. We're supposed to be passing bills."

Santabarbara, along with other New York State lawmakers, are calling for a speedy investigation into both the nursing home data cover-up and sexual harassment claims.

"I think the AG has a lot of work to do," he stated, "Hopefully, the investigation will go quickly. But keep in mind, there's an FBI investigation out there on the nursing home data that speaks to his credibility as well, because he withheld that information."

Joshua Dudzik is an associate editor at FoxNews.com