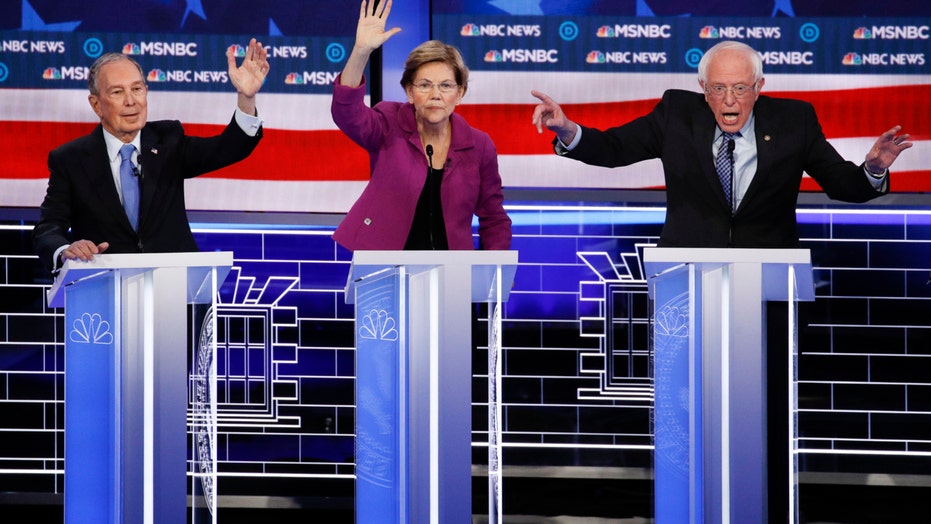 Sanders has raised more money than any other 2020 Democrat, Bloomberg plans to spend $1 billion to defeat Trump; GOP financier Dan Palmer weighs in on the 2020 Democrat's fundraising efforts.

Businessman and former presidential candidate Andrew Yang on Saturday said at least one more Democrat still seeking the White House needs to “pull an Andrew Yang” by dropping out of the race.

Yang’s comment, during an appearance on CNN, came after Sen. Bernie Sanders, I-Vt., won the Nevada caucuses, tallying 46 percent of the vote with 50 percent of the results in – a win that has stoked fears among the Democrats’ establishment wing that there may be no path to stop Sanders head of the party’s convention in July.

Yang, who dropped out the race after a poor showing in the New Hampshire primary, said the remaining field ought to “consolidate” but acknowledged that “each candidate wants to be the last person standing to absorb the non-Bernie energy.”

NO EVIDENCE OF RUSSIAN ‘PLAY’ TO HELP TRUMP; BRIEFER MAY HAVE ‘OVERSTATED’ INTELLIGENCE, OFFICIAL SAYS

He added that Sanders was unlikely to get a majority going into the convention, setting the stage for superdelegates to emerge and risk a contested election.

“Someone needs to pull Andrew Yang and be like, ‘I’ve done the math. I’m not going to win,’” Yang said.

Sanders’ win propelled him to front-runner status as the race turned its attention to Saturday’s South Carolina primary, and as moderate Democrats scrambled to blunt his momentum.