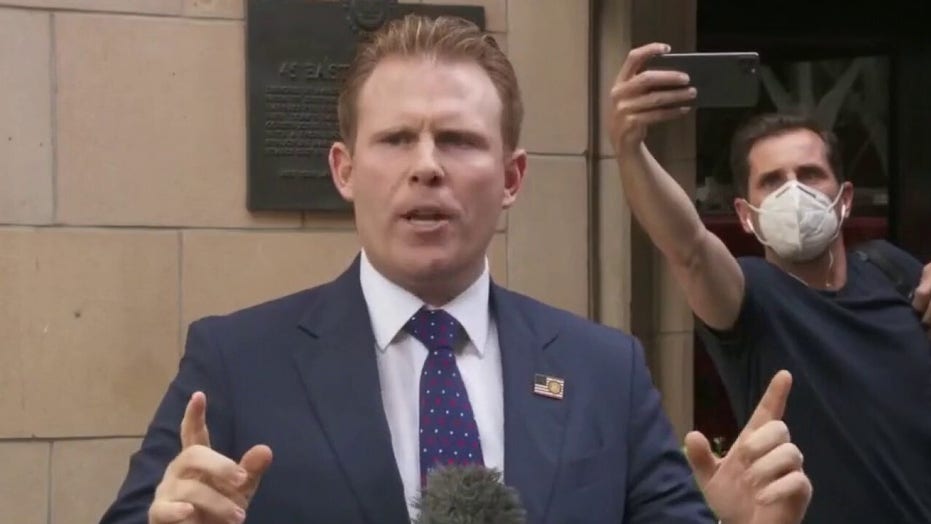 Andrew Giuliani, the son of former New York City Mayor and former Trump attorney Rudy Giuliani, formally announced his bid for governor of New York Tuesday, saying he will "fight" to make the state the "greatest" in the country.

"I'm in," Giuliani told Fox News Tuesday, confirming he is launching a bid to take on New York Gov. Andrew Cuomo in 2022.

"New York deserves a leader who will fight to make it the greatest state in America once again," Giuliani said. "If New Yorkers choose to elect me Governor, I will bring New York back from the precipice of ruin to the shining STATE on the hill once again!"

He added: "I think it will be the fight of the century."

Giuliani told The New York Post Tuesday that he is "a politician out of the womb," referring to being the son of the former mayor of New York City.

New York voters may remember Andrew Giuliani’s memorable appearance as a young child at his father’s inauguration – where he raised his own hand during the oath of office – which led to him being played by Chris Farley on Saturday Night Live.

Giuliani served as associate director in the White House Office of Public Liaison during the Trump administration, and told Fox News that he was "proud" of the years he spent working for former President Donald Trump.

"I'm proud of our 25-year friendship. I’m certainly proud of all of the accomplishments we were able to accomplish together in the Trump White House," Giuliani told Fox News. "So I will never run away from that."

He added: "So I think that’s for New Yorkers to determine. But what I can tell you, more than anything, is I am focused on turning this great state around."

FILE - Andrew Giuliani, special assistant to President Trump and son of Rudy Giuliani, speaks to a Secret Service officer outside the West Wing of the White House in Washington, Jan. 15, 2021. REUTERS/Erin Scott (REUTERS)

While New York is a reliably blue state where Cuomo won reelection to a third term in 2018 by a massive 23-point margin, the governor has fallen under intense scrutiny, as 10 women have lodged allegations of sexual harassment against him, leading to an independent investigation by the state attorney general into the claims and an impeachment investigation in the State Assembly.

Cuomo has vehemently denied the allegations against him and has offered public support for the investigations into them.

Cuomo has also been politically wounded by the nursing home crisis, facing criticism after revelations that his administration concealed the full extent of nursing home-related deaths during the COVID-19 pandemic.