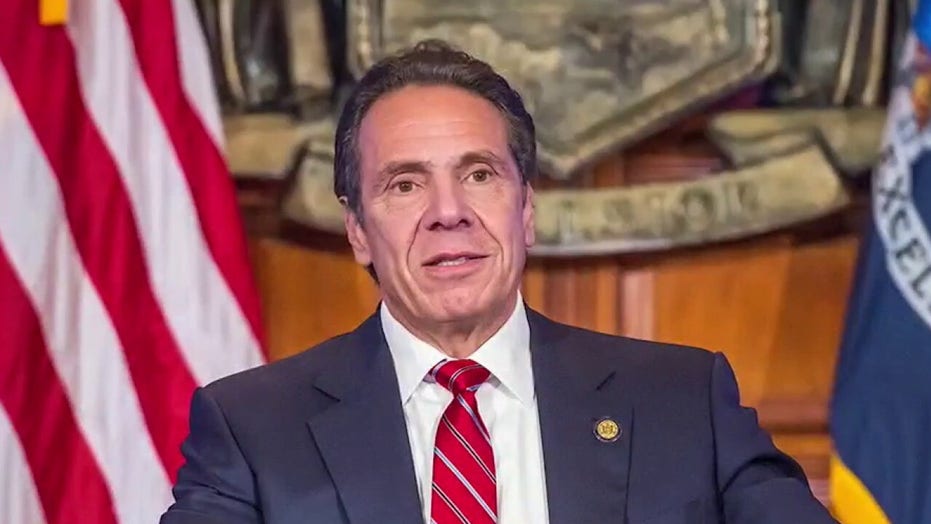 A succession of women have come forward to accuse New York Gov. Andrew Cuomo of sexual harassment since former aide Lindsey Boylan brought allegations against him in late February.

These are all of the women who have made accusations so far.

Cuomo’s former aide, Lindsey Boylan, 36, accused the governor of "sexual harassment and bullying" while she worked for him in a piece written for Medium in late February. She has said he frequently made inappropriate comments to her, suggestively joking once they should play strip poker.

She alleges he also kissed her on the mouth once without consent. She said in the more than three years she worked for him, he "would go out of his way to touch me on my lower back, arms and legs." Boylan was the first woman to come forward.

Charlotte Bennett, 25, another former aide to Cuomo, has claimed the governor asked her questions about her sex life, whether she was monogamous in her relationships and if she had ever had sex with older men. She said she believed he was trying "to sleep with me" and reported the inappropriate comments last summer to Cuomo’s chief of staff.

The governor has also denied making advances toward Bennett.

Anna Ruch, 33, the third woman to come forward, has claimed Cuomo put his hands on her lower back at a wedding in 2019, then on her cheeks and asked to kiss her. "I was so confused and shocked and embarrassed," Ruch said of the incident.

A friend who claims to have witnessed the alleged interaction said Cuomo appeared "aggressive" during the interaction. The friend said Ruch turned her head and Cuomo kissed her on the cheek.

Ruch, unlike Boylan and Bennett, has not worked for Cuomo.

A former press aide, Karen Hinton, said Cuomo asked her to his "dimly lit" hotel room in 2000 after a work event -- when Cuomo was Bill Clinton's secretary of Housing and Urban Development -- and embraced her, according to The Washington Post.

When she tried to pull away, she claimed he pulled her back into the embrace before she left the room.

Peter Ajemian, Cuomo’s director of communications, refuted the allegation, stating it "did not happen." He called Hinton a "known antagonist" of Cuomo who was "attempting to take advantage of this moment."

Ana Liss, another former aide, said that when she worked for Cuomo as a policy and operations aide from 2013 to 2015, the governor at different times asked her if she had a boyfriend, touched her on her lower back and kissed her hand as she rose from her desk. She said he called her "sweetheart."

While she said she thought his flirtations were at first harmless she soon realized they diminished her to "just a skirt."

"It’s not appropriate, really, in any setting," she told The Wall Street Journal.

Liss came forward on March 6, the same day as Hinton.

The sixth allegation comes from a reports in the Albany Times Union. According to the latest report, which was based on information from someone familiar with the allegations, a female executive chamber staffer claimed that she was invited to the governor's mansion to help him with his cell phone, and while she was there he reached under her blouse and groped her.

The woman, who is reportedly much younger than Cuomo, revealed the allegations after Cuomo gave a press conference in early March during which he claimed that he had never touched anyone inappropriately. She reportedly became upset upon hearing this, and when a female supervisor asked her what was wrong, the woman told her about alleged incidents with Cuomo.

A supervisor reported the allegations to an attorney with Cuomo's office on March 8.

At first, details were unknown, other than that the incident was alleged to have taken place in late 2020. When asked about it during his daily news briefing about an hour after the initial report came out, Cuomo said he was not yet aware of it.

After the Times Union reported the additional details, Cuomo issued another statement.

"As I said yesterday, I have never done anything like this," he said. "The details of this report are gut-wrenching. I am not going to speak to the specifics of this or any other allegation given the ongoing review, but I am confident in the result of the attorney general’s report."

In a statement issued by the governor in early March regarding the first three allegations, he said: "At work sometimes I think I am being playful and make jokes that I think are funny. I do, on occasion, tease people in what I think is a good-natured way. … I now understand that my interactions may have been insensitive or too personal and that some of my comments, given my position, made others feel in ways I never intended. I acknowledge some of the things I have said have been misinterpreted as an unwanted flirtation. To the extent anyone felt that way, I am truly sorry about that."