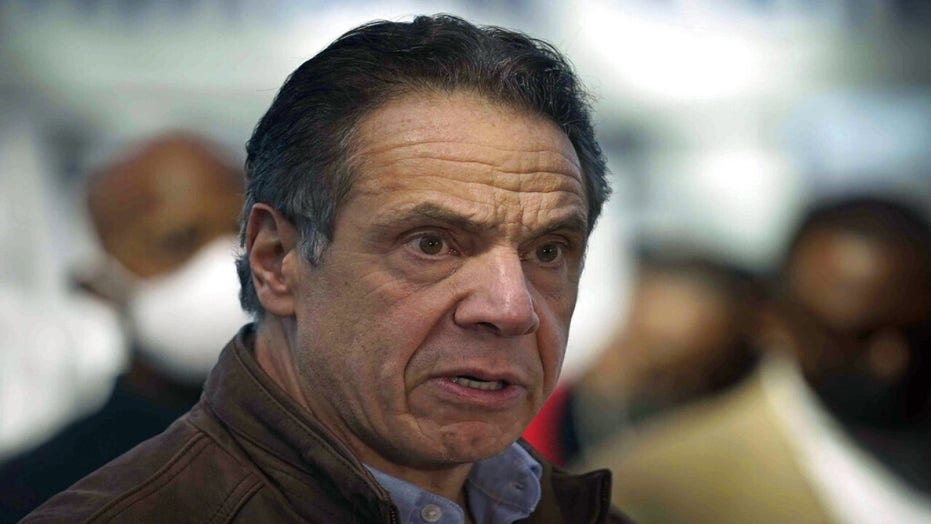 Gov. Andrew Cuomo may have just done for blankets what Sen. Bernie Sanders did for mittens.

Soon after a photo emerged on social media, showing the embattled New York Democrat outside his home, wrapped in a blanket – and holding a bottle as he spoke on a cell phone  -- Twitter erupted with commentary and memes.

Some saw a business opportunity.

One Twitter user was reminded of the forlorn character that comedian Steve Martin played in the 1979 comedy "The Jerk."

Comedian J-L Cauvin modeled what he called "the Cuomo blanket."

"As you can see," he said in a Cuomo voice, "it provides for plenty of ventilation as well as keeping your cold heart warm on those cool nights when you are planning a vicious revenge against the suddenly emboldened progressives who want to take you out."

The 63-year-old governor has been drawing calls for his resignation amid accusations of sexual misconduct from multiple women – and claims that state policies regarding nursing-home residents amid the coronavirus pandemic led to numerous preventable deaths.

The governor has denied intentional wrongdoing in his dealings with his female accusers and has argued that his administration followed federal guidance in setting its nursing-home policies.