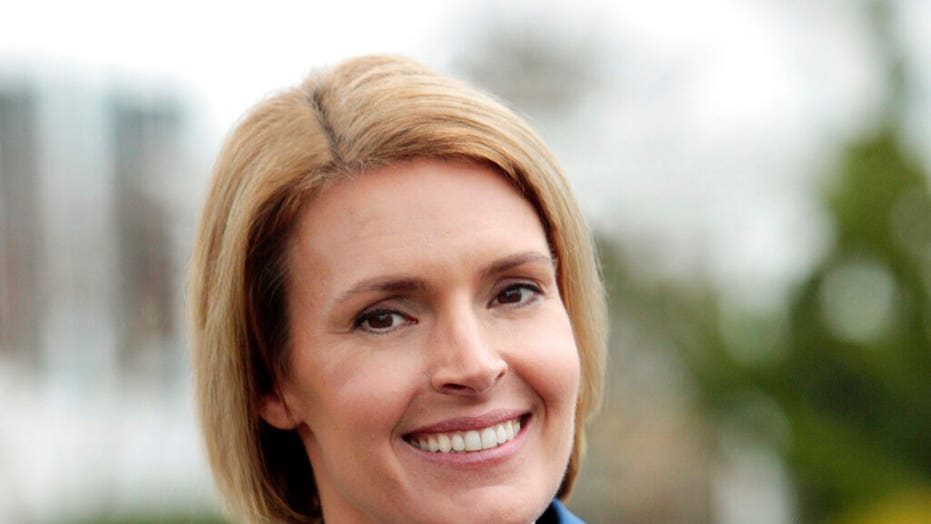 Amy Kennedy, the wife of ex-Rhode Island Rep. Patrick Kennedy and daughter-in-law of the late Sen. Ted Kennedy, has won the Democratic primary in New Jersey's second congressional district, setting up a November showdown with GOP Rep. Jeff Van Drew -- who defected from the Democratic Party amid their push to impeach President Trump.

The second congressional district includes Atlantic City, and leans conservative. Trump won the district 2016 by fewer than 5 points; the race is rated "lean Republican" by the nonpartisan Cook Political Report.

Van Drew overwhelming won his own primary race, notching more than 80 percent of the vote with more than a third of precincts reporting.

Meanwhile, Cory Booker has won New Jersey's Democratic Senate primary. The incumbent Booker had faced Lawrence Hamm, who was running on Bernie Sanders' “Not Me. Us.” slogan.

Booker arrived in the Senate in 2013 after serving as mayor of Newark.

New Jersey’s already-late primary got pushed a month later because of the COVID-19 pandemic, and Gov. Murphy mandated that the election take place mostly by mail-in ballots.