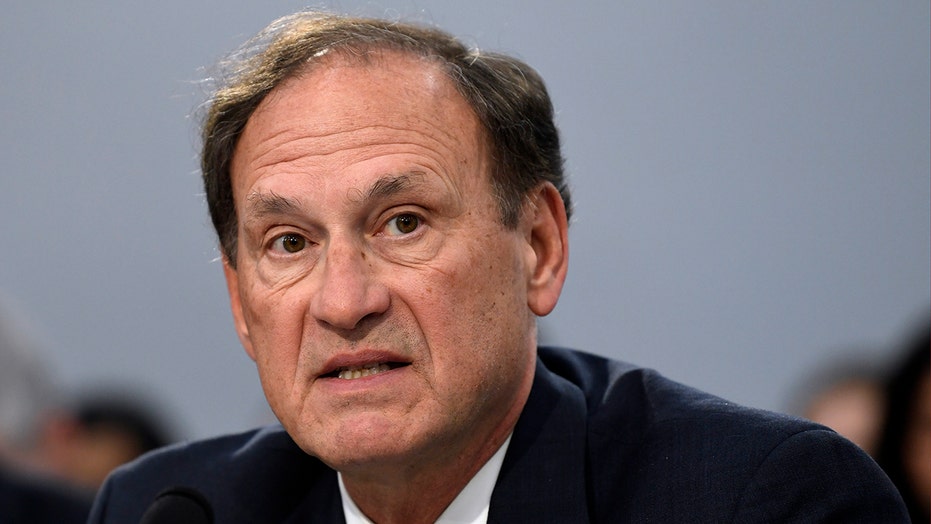 The move grants a GOP request, at least for now, to place the ballots in a secure, sealed container and have them counted separately, if at all.

The Pennsylvania GOP asked the Supreme Court for an emergency order after it was unable to get at least 25 of the county boards to confirm they were already doing that, and Alito agreed.

He declined to address a separate request for an emergency order to stop those ballots from being tallied.

Alito, who was nominated by former President George W. Bush, said that the court had not previously been informed on state guidance handed down to counties on Oct. 28 about what to do with ballots received between the 8 p.m. Nov. 3 deadline and Friday, Nov. 6.

There is a petition on the merits of the case still pending before the Supreme Court -- which could potentially step in to overturn the Pennsylvania Supreme Court and void votes after they have been cast in a state that has the potential to decide the presidential election.

Alito has ordered the opposing side to file a response by 2 p.m. Saturday.

Republicans had sued in a bid to make sure the late-arriving ballots were segregated in the hope that another lawsuit aiming to disallow the state from counting ballots that arrived after Election Day would be successful.

Democrats had asked the court to hold off on taking any action on the Republicans’ request.

As of 8 p.m. Friday, former Vice President Joe Biden was leading President Trump in the state by about 20,000 votes. On Wednesday, Trump was leading Biden by hundreds of thousands of votes in Pennsylvania. Just before midnight Thursday, the president’s lead shrank to around 24,000.

The Trump campaign and Republican groups have filed multiple lawsuits in connection with disputed ballots, alleged procedural missteps and the validity of deadlines. It is part of an effort to hold on in the key swing state, which carries 20 Electoral College votes.