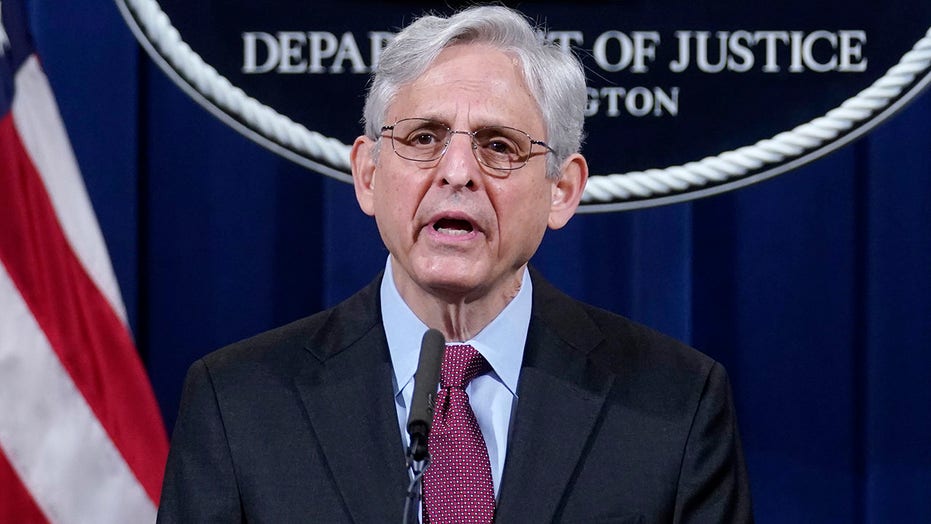 Attorney General Merrick Garland announced Friday that the Department of Justice will double the number of lawyers within its civil rights division who are dedicated to protecting the right to vote, after a number of GOP-led states passed election security bills in recent months.

"Where we see violations we will not hesitate to act," Garland said, promising the division would scrutinize new laws that "seek to curb voter access." He also vowed to apply the same scrutiny to post-election audits and promised prosecution for those who threaten or intimidate poll workers.

He said the division would look into voting laws "in order to determine whether they discriminate against Black voters and other voters of color." He pointed to studies he said showed voters of color wait in "substantially longer" lines to vote.

Garland said the department would publish guidance that explained the civil and criminal statutes involving post-election audits, as well as for early voting and voting by mail.

"There are many things that are open to debate in America,"  Garland said in a Justice Department address, "But the right of all eligible citizens to vote is not one of them."

"Democracy is not a state. It is an act," he continued.

The attorney general gave a history of voting rights legislation, and restrictions meant to disenfranchise voters, before denouncing recent legislation. He called on the Senate to pass the For the People Act and the John Lewis Voting Rights Act. The future of both bills seems bleak, as they would need 10 Republicans to sign on in the Senate for either to pass.

President Biden has repeatedly spoken out against a slew of GOP-led voting restriction bills and accused states of "backsliding" into the days of Jim Crow. He tasked Vice President Kamala Harris with leading the administration's efforts to expand voting rights.

Fourteen states have enacted 22 new voting restrictions since Jan. 1, according to a tally from the Brennan Center for Justice.  Some of the most prominent legislation was enacted in Georgia, Florida and Arizona. Restrictions include limiting mail ballot drop boxes, strengthening voter ID, restricting ballot harvesting, and requiring states to only send mail ballot applications to those who request them.