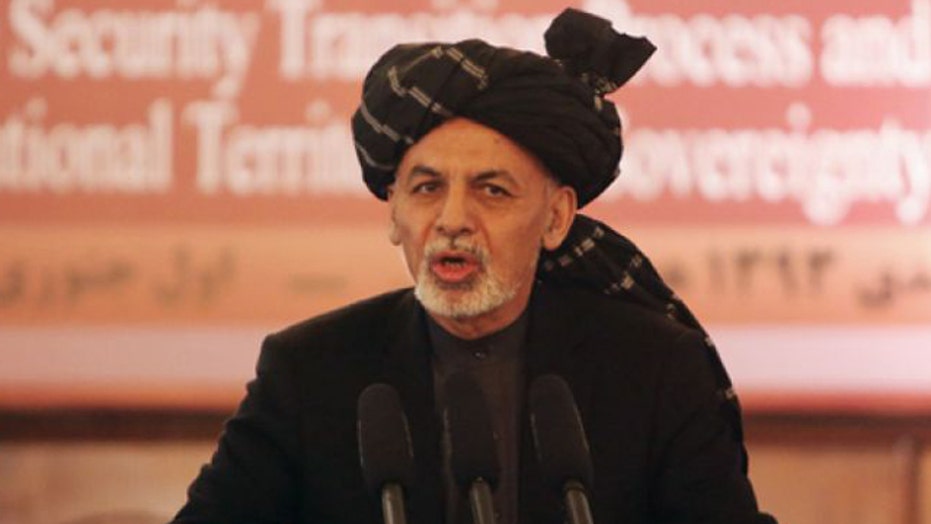 Should US 're-examine' Afghanistan troop withdrawal?

Afghanistan's president has suggested that the U.S. "re-examine" its plan to withdraw all of the American-led coalition troops from the country by the end of 2016.

"Deadlines concentrate the mind. But deadlines should not be dogmas," Ashraf Ghani told CBS' "60 Minutes" in an interview that aired Sunday evening.

"If both parties, or, in this case, multiple partners, have done their best to achieve the objectives and progress is very real, then there should be willingness to re-examine a deadline," he added.

When asked if he had made his view clear to President Barack Obama, Ghani said "President Obama knows me. We don't need to tell each other."

There was no immediate response from the White House, State Department, or Pentagon to Ghani's remarks Sunday night.

The U.S. and its NATO allies marked the formal end of the U.S. combat mission in Afghanistan last week. On Thursday, 13,500 soldiers of the International Security Assistance Force, almost 11,000 of them American, transitioned to a supporting role for Afghanistan's military.

The handover of primary responsibility for battling the Taliban represents the ultimate test for the 350,000 strong Afghan army. Critics have long questioned the local troops' morale, discipline, and competence in the face of Taliban attacks. According to a United Nations report, 2014 was the deadliest year on record for non-combatants in Afghanistan, with at least 3,188 civilians killed in the intensifying war. By comparison, at least 4,600 members of the Afghan security forces were killed by fighting last year.

Ghani also told CBS that he was concerned about the possibility that Islamic State fighters could make their way to Afghanistan. However, that concern was refuted by ISAF commander Gen. John Campbell, who said that "This is not Iraq. I don't see [Islamic State] coming into Afghanistan like they did into Iraq. The Afghan Security Forces would not allow that."

Campbell also described the Afghan National Army as "the number one respected institution in Afghanistan. Couple years ago, I probably wouldn't have said that, but today it is."