The acting head of the Office of Management and Budget (OMB), in a House hearing Wednesday, wouldn’t commit to saying that President Biden’s budget request would not include funding for research at the Wuhan Institute of Virology – from where it is suspected that the COVID-19 pandemic may have originated.

Acting OMB Director Shalanda Young was asked about the budget by House Budget Committee Ranking Member Jason Smith about the link between U.S. dollars and the Wuhan lab, from where it is suspected the COVID-19 pandemic may have originated.

"Over the past few weeks, it has become increasingly evident that COVID-19 came from a lab in Wuhan, China," he said.

He pointed to emails from Dr. Anthony Fauci that he said show a "clear link between American taxpayer dollars and labs that outsource research outside of the United States."

He asked Young what the administration is doing to get to the bottom "of the clear link between American funding and the Wuhan lab." Young pointed Smith to Biden’s tasking of the intelligence community with a 90-day review of the evidence of the origins of the global pandemic.

"Can you commit that American dollars will never be used to fund such research going forward from this budget?" Smith followed up. 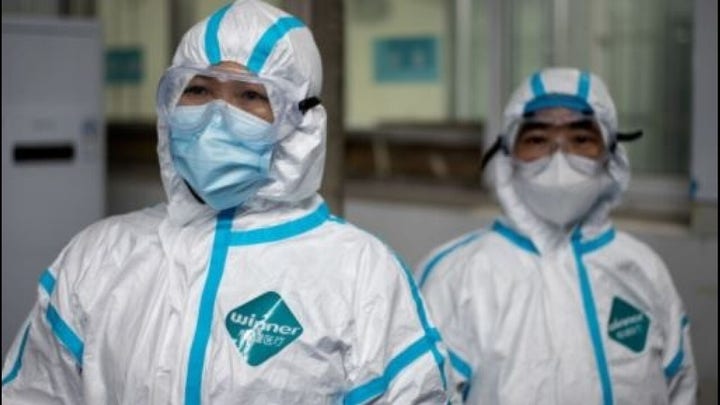 "Congressman, I started my career at [National Institutes of Health]," Young responded. "I would never make that commitment as someone who believes we need to be led by science and we certainly need to wait for that review before we jump to conclusions."

House Republicans quickly expressed outrage about the lack of commitment from the administration.

"YOUR tax dollars should not be used to fund the Chinese lab where COVID-19 possibly originated from," the House Republican caucus tweeted.

In a Senate hearing late last month, Fauci told lawmakers the U.S. granted $600,000 in funding to the controversial institute over a five-year period, but documents provided by the Department of Health and Human Services (HHS) last week show the actual number was a third higher.

Reports obtained through a Freedom of Information Act (FOIA) by Judicial Watch found that between 2014 and 2019, $826,277 was provided by the National Institute of Allergy and Infectious Diseases (NIAID) under the directive of Fauci to the China-based lab.