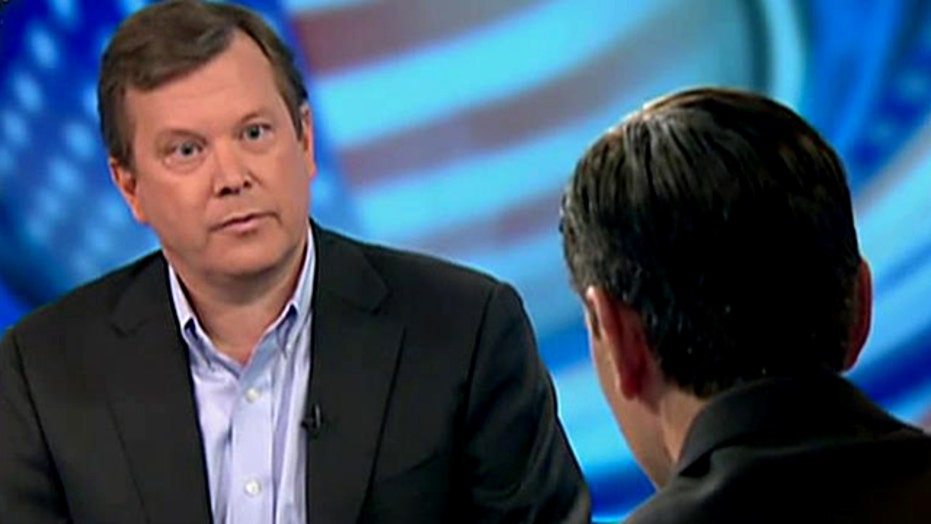 Your Buzz: Was Stephanopoulos unfair to author?

The ABC News spokeswoman who slow-walked The Washington Free Beacon’s request for comment on George Stephanopoulos’ undisclosed donations to the Clinton Foundation also worked in the Clinton administration.

Heather Riley -- spokeswoman for ABC News programs “Good Morning America” and “This Week” -- worked in the White House press office from 1997 to 2000, according to her LinkedIn profile, and is a member of the Facebook group “(Bill) Clinton Administration Alumni.”

The Free Beacon, a conservative-leaning publication, contacted ABC News on the afternoon of May 13 to request comment on George Stephanopoulos’s previously undisclosed donations to the Clinton Foundation.

“I was just forwarded your email about George. I’m going to send you something,” Riley emailed later that night, according to The Free Beacon. “Want to make sure you get it in time.”

Riley later told the Free Beacon that she would deliver a statement by 7 a.m. the next morning. However, the statement did not arrive until 9:40 a.m., about 15 minutes after POLITICO published its “scoop” about the donations.

Prior to joining ABC News, Riley worked as a senior director of brand communications for Rodale, Inc.

The company and its charitable foundation have donated $20,000 to $50,000 to the Clinton Foundation, records show. The Rodale family contributed at least $5,000 to Hillary Clinton’s campaigns from 2005 to 2008.

Stephanopoulos was part of Bill Clinton’s 1992 presidential campaign and held several top posts in the Clinton administration including spokesman and senior adviser.