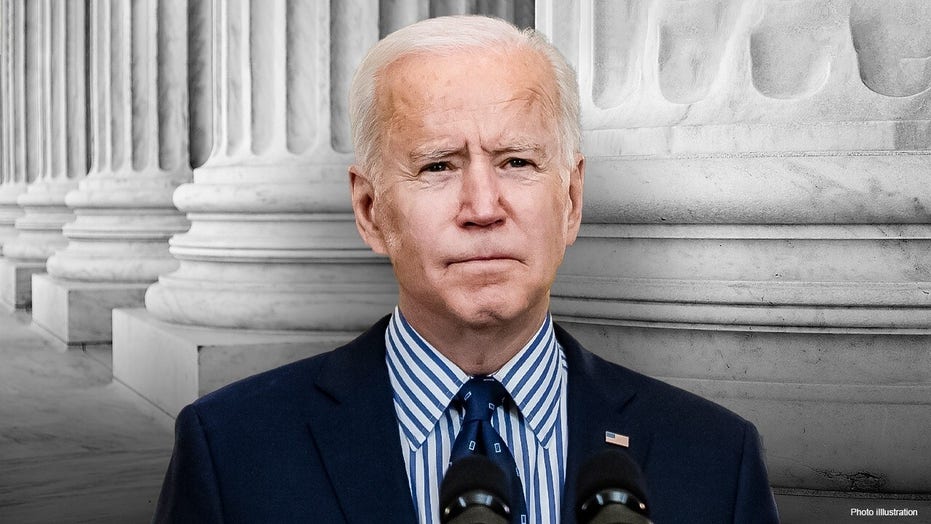 Biden slips to 39% approval just 8 months into his presidency

President Biden is set to speak to the nation in a pre-recorded address, as well as visit New York City, the Pentagon, and the memorial outside Shanksville, Pennsylvania, to mark 20 years since the 9/11 terror attacks.

Political experts weighed in on what the commander-in-chief may say or do to reassure the nation, just weeks after he presided over a bungled withdrawal from Afghanistan that resulted in the deaths of 13 U.S. service members.

BIDEN TO VISIT NEW YORK CITY, PENNSYLVANIA, THE PENTAGON ON 9/11

"He planned to pin a successful exit date from Afghanistan to the 20th anniversary of 9/11. In fact, his remarks follow Biden’s unconditional surrender to the Taliban after a 20-year war."

"The challenge for a Biden speechwriter is that there’s no historical precedent for this," said Miller, who also served as director of speechwriting in the Trump White House. "This was the greatest foreign policy humiliation not only in the history of the United States, but in the history of any major world power."

"My advice is to admit what everyone knows," Miller concluded, "Don't pretend this catastrophe was a shining success, as Biden has unbelievably claimed."

President Joe Biden, first lady Jill Biden, and Secretary of State Antony Blinken look on as as a carry team moves a transfer case with the remain of Marine Corps Cpl. Humberto A. Sanchez, 22, of Logansport, Ind., during a casualty return at Dover Air Force Base, Del., Sunday, Aug. 29, 2021, for the 13 service members killed in the suicide bombing in Kabul, Afghanistan, on Aug. 26. (AP Photo/Carolyn Kaster) (AP Photo/Carolyn Kaster)

Biden was criticized for a speech delivered following the deadly Aug. 26 terror attack in Kabul, when he touted the U.S. evacuation efforts, calling the mission an "extraordinary success."

"Don’t gaslight. Be honest," advised Miller. "Concede your policy was a failure. Deception of any kind will go over very poorly. No one wants to be spun on the 20th anniversary of 9/11."

"How you go to Shanksville to celebrate the people who launched the first counterattack when you just surrendered to the enemy that they were fighting back against?" he asked in reference to the passengers and crew of United Airlines Flight 93, who are believed to have thwarted an attack on the U.S. Capitol by fighting back against the hijackers.

"Under the Bush doctrine during the War on Terror, we drew no distinction between the terrorists who attacked us and those who harbored them. So the Taliban is equally responsible for 9/11 as al Qaeda.

"By his actions over the last few weeks, Biden has abdicated his right to lead the country in commemoration of that day," Thiessen argued. "There are Americans left behind in Afghanistan who will be hiding from Taliban death squads on the 20th anniversary of 9/11 because of him."

Jimmy Williams, former senior adviser to Senator Dick Durbin, D-Ill., believes that the president must address the magnitude of the day, but cautions against overestimating the impact of Biden’s words.

"The president should strike a tone of somber and yet hope for the American people and for those who sacrificed their lives defending our country after 9/11," Williams told Fox News.

However, he noted the significance of speech should not be overstated.