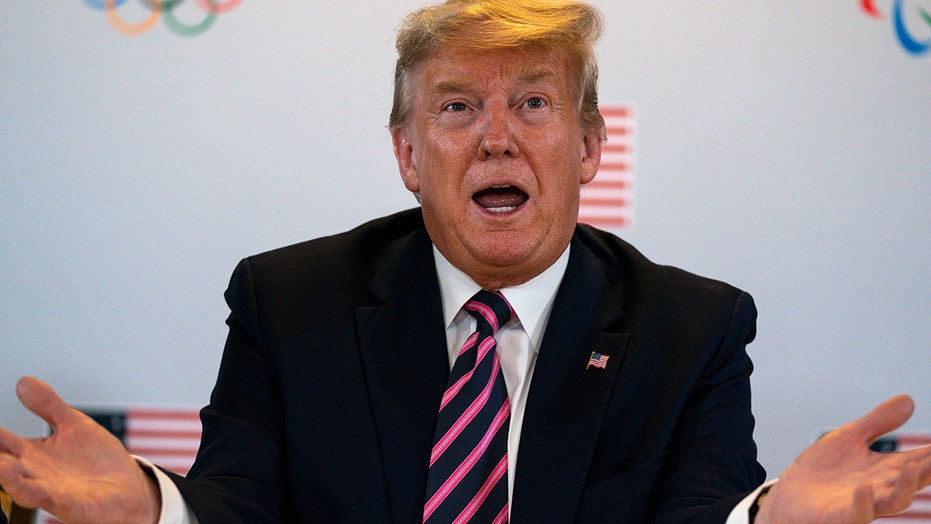 Fox News medical correspondent Dr. Marc Siegel weighs in on all the theories.

President Trump has never been accused of holding back. His presidency has been besieged by infighting within his administration and public feuds with America's enemies and allies.

Below is a short of the world leaders insulted by Trump during his time in office. This list is limited to world leaders and excludes countries, public figures and activists who have also publically drawn his ire.

In January, Trump traded insults with Iranian Supreme Leader Ayatollah Ali Khamenei after he blasted the U.S. hours earlier for the killing of a top Iranian general. He called several European nations "servants" of the U.S. and tweeted that the U.S. lies when it says it stands with the Iranian people.

Trump responded that Iranian leaders should abandon terror and "Make Iran Great Again." He also tweeted that the supreme leader "has not been so Supreme lately" and that "He should be very careful with his words."

No leader has drawn more rebuke from Trump than North Korea's Kim Jong Un. The pair have traded insults via Twitter at various times throughout their love-hate relationship, which has seen them act extremely cordial -- to the point that Trump briefly stepped into North Korea to shake hands with Kim -- to both threatening each other and engaging in name-calling.

In addition, they have met at a pair of summits to discuss

Since taking office, Trump has called Kim a "maniac," "sick puppy," "Little Rocket Man," in reference to Pyongyang's nuclear ambitions, and a "madman."

Not to be outdone, Kim called Trump a "mentally deranged dotard," sparking millions to flood dictionary websites, and said he is "unfit to hold the prerogative of supreme command of a country."

Trump accused Canadain Prime Minister Justin Trudeau of being "two-faced" after a hot mic caught him and other world leaders mocking him at the NATO summit in England last year.

Trudeau was standing with French President Emmanuel Macron, U.K. Prime Minister Boris Johnson and Dutch Prime Minister Mark Rutte at a Buckingham Palace reception during the first night of the 2019 North Atlantic Treaty Organization (NATO) Summit in London when he made the remarks.

In June 2018, Trump called Trudeau “very dishonest and weak" following the G-7 economic summit and accused him of making false statements for saying all seven nations at the summit, including the U.S., had agreed on “a joint communique.”

In a series of tweets in November, Trump attacked French President Emmanuel Macron over his approval rating, France's unemployment rate, and its trade practices.

"The problem is that Emmanuel suffers from a very low Approval Rating in France, 26%, and an unemployment rate of almost 10%," he tweeted.

He also called out Macron's suggestion of creating a European army and urged him and other allies to pay their fair share for NATO.

Weeks into his presidency, Trump spoke with then-Australian Prime Minister Malcolm Turnbull in a contentious phone call. The Jan. 28, 2017 call appeared to strain relations between the U.S. and Australia, one of its most staunch allies.

It was the last of a series of calls to world leaders, including Russian President Vladimir Putin.

The 25-minute fiery exchange featured Trump blasting Australia over a refugee agreement dating back to the Obama administration and accusing Turnbull of seeking to export “the next Boston bombers.”

The call went so badly, Trump told Turnbull that he had spoken to Mexican President Enrique Pena Nieto and Putin and theirs was his “worst so far.” He then cut the conversation short.